Bluetooth speakers are often a dime-a-dozen affairs with just about every electronics brand churning out their own version of this highly popular travel gear. Creative Technology is the latest to update their colorful Muvo line of portable speakers by introducing the Muvo 2 and 2c. The two differ in size with the Muvo 2 being larger and the 2c being the smaller and more portable option (though both are light enough to be considered portable). Recently, I had the opportunity to try the Muvo 2c during one of my trips and I must say I was impressed. 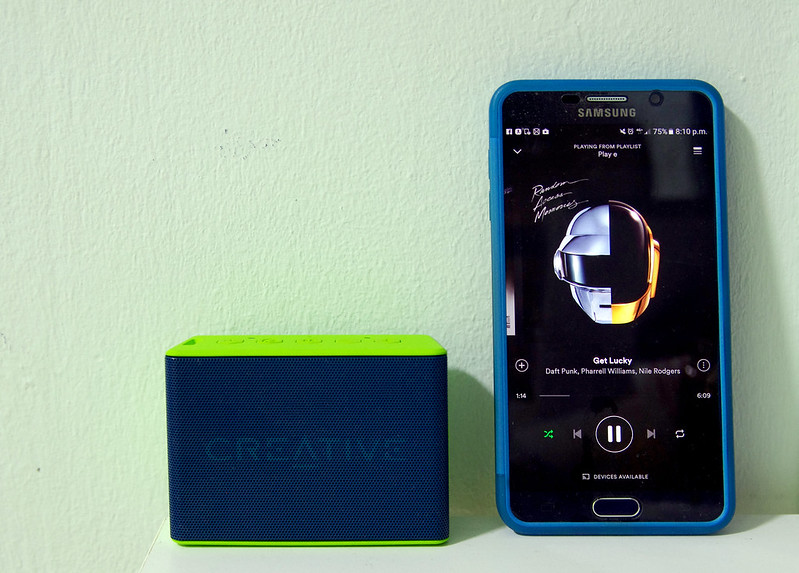 As I don’t use an iPhone, one of my biggest gripes when I travel is that most speakers and audio docks I encounter in hotel rooms are often only for iPods so the Muvo 2c really came in handy with its Bluetooth connectivity. I had no problems connecting to the speakers even when I brought mine to the shower while my phone was lying somewhere on my work desk two rooms away. The device has a Bluetooth range of about 10 meters which is good for most houses or apartment buildings, and certainly in hotel rooms.

One nifty little feature of the Muvo 2c is that you can actually pair up 2 speakers in order to derive a more powerful sound. I didn’t manage to try this though as I had only one Muvo 2c device with me. That being said, the sound quality was already great on its own (more on this later).

If you’d rather not connect your Muvo 2c to your phone via Bluetooth, another alternative is to insert a microSD pre-loaded with songs at the SD slot and the device can also act as an MP3 player. Other than MP3, the device can also take in other formats such as WAV, WMA and FLAC. 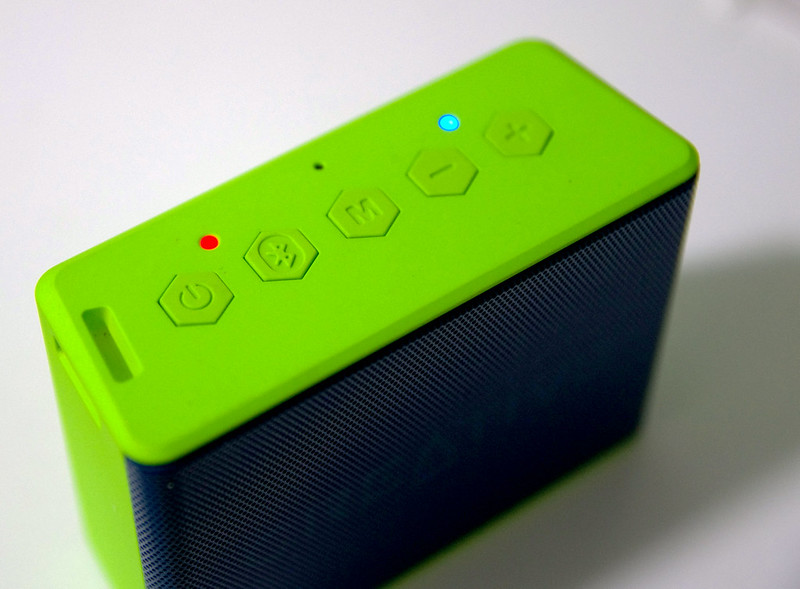 For something so small, I was quite amazed with the sound quality of the device. While the Muvo 2c may not be good enough to replace a standard audio setup (and it’s not positioned to be), I found the sound crisp and loud. You can really feel the audio’s dimensions with the pronounced bass. The speaker punches above its weight in terms of overall audio experience. 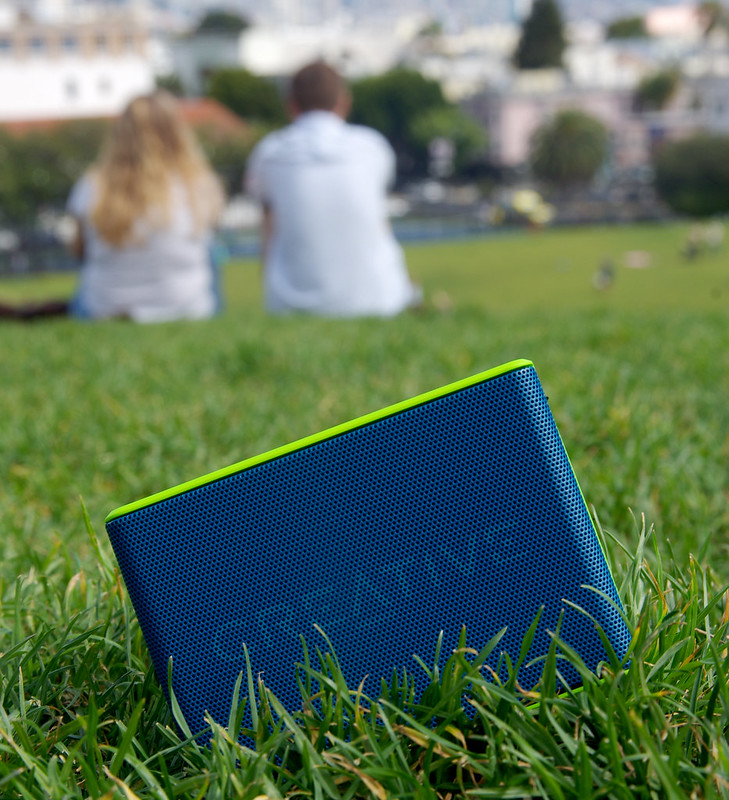 At just under 6 ounces and at 3.7 inches at its longest side, the Muvo 2c is a real physical lightweight that you can carry around anywhere. Visually, it’s not the sleekest thing out there with its boxy shape but it’s small enough to fit in the palm of my hand. The fun and vibrant colors also add a dash of visual appeal. The speaker has a matte texture which allows it to be grasped without slipping too easily.

The shell is IP66 splash-proof which essentially means it’s able to endure strong water splashes. If like me, you’d like some music while taking a shower or bath, the Muvo 2c’s water resistance makes it a good companion. Just make sure it doesn’t fall into the tub!

The only part where the Muvo 2c may trail the competition is the battery life. At up to 6 hours of power on a full charge, you could still count on it for a pretty long time of music enjoyment but it is less when compared to Bose’s Soundlink Mini which clocks in at 10 hours or Sony’s cube portable which clocks in at 12 hours. Then again, the latter two are at least 2x the price of Creative’s audio device. A more reasonable comparison would be with the brand’s larger Muvo 2 which has 10 hours of battery life.

The speaker comes with just five buttons – all chosen for intuitive use. Two to adjust volume, one for power, one to toggle between Bluetooth, AUX in, Micro SD and USB and finally, one to activate the Bluetooth itself. Despite the limited number of buttons, it’s very much possible to change songs if one wishes to – this is easily accomplished by pressing the “M” button followed by the volume up or down at the same time. Whenever the device is turned on, it makes a sound (aside from flashing a light) to let you know it’s working. The same goes whenever the speaker is paired with another device.

There aren’t really many ways for manufacturers to twist the features of a Bluetooth speaker as it is a fairly standard product that is judged heavily on two factors. At the end of the day, most consumers are looking for something light that has excellent sound quality at the same time. That being said, the Muvo 2c is a compelling option if you’re looking for something that fulfills exactly those two criteria. It retails for the equivalent of about ~ USD 50 in its online store which also makes the device much more affordable than the competition. Extras such as the water resistance and MP3 player capabilities are nice touches on top of an already convincing product.