Chinese New Year in Singapore is a time of gatherings and family reunions. To greet the year of the rooster, many hotels in the city are once again rolling out some seriously fantastic sets and buffets to help usher in a year filled with luck and prosperity. This year, the first day of the Lunar New Year will fall on the 28th of January. 30th of January in turn will be a public holiday in Singapore. If you are looking for ideas for family reunion dinners or looking out to impress your clients or business partners, here is a list detailing the gastronomical delights that Singapore’s top hotels are offering for the upcoming Lunar New Year. 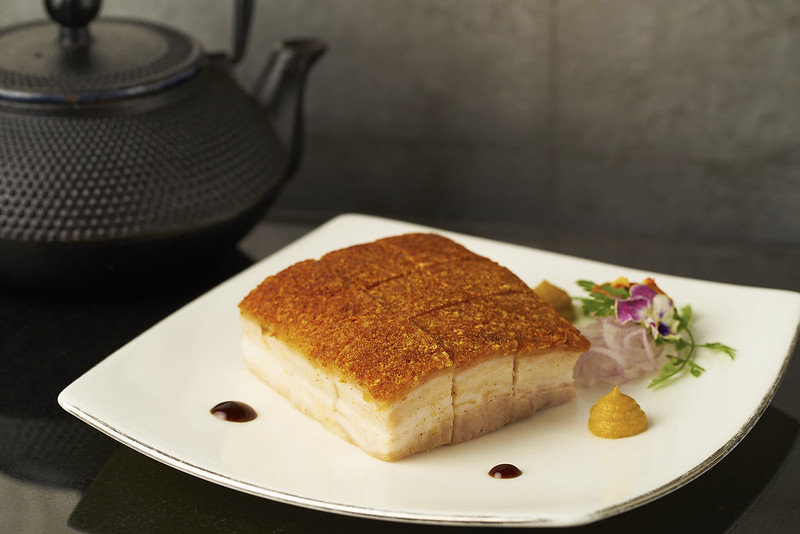 Dine in a cosy and relatively intimate setting at Cassia at Capella Singapore with a number of set menus to choose from for that special reunion dinner, including some that will be available exclusively only on the eve of Chinese New Year. At the upper end of the scale, the Deluxe Fortune Menu (大展鸿图), priced at S$199++ per person, features authentic flavours in dishes including the Braised Three-heads Australian Abalone with Sea Cucumber, Mushroom, Bamboo Pith and Dried Oyster, the premium Wok-fried Japanese M9 Wagyu Beef with Black Pepper Sauce, the flavourful Stewed Handmade Noodles with Lobster in Superior Stock, before ending the meal on a sweet note with the Sweetened Bird’s Nest with Six Treasures Soup.

For more information on Cassia’s festive menus and to make reservations, check out their website here 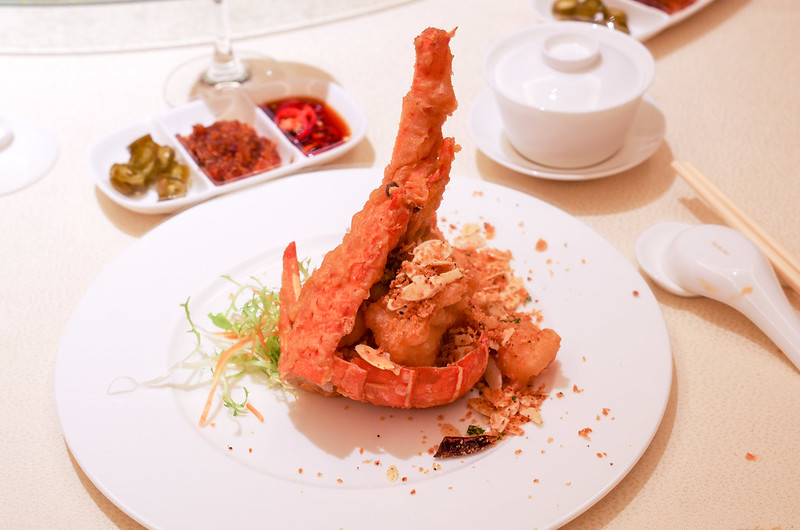 I have personally tried some of this hotel’s Lunar New Year offerings through its in-house Chinese restaurant, Golden Peony, and I can say that their offerings are among the most innovative I have encountered this season. You can expect twists such as a seemingly ordinary suckling pig stuffed with California Maki rice roll within and a most exquisite Golden Egg Bird’s Nest Jelly surrounded by cotton candy. To impress your business partners, you can check out the Bi Feng Tang Golden Half Lobster with Spiced Almond Flakes. There is a notable juxtaposition with this dish as it has a crispy and more flavourful outer layer while the inside remains distinctly fleshy. 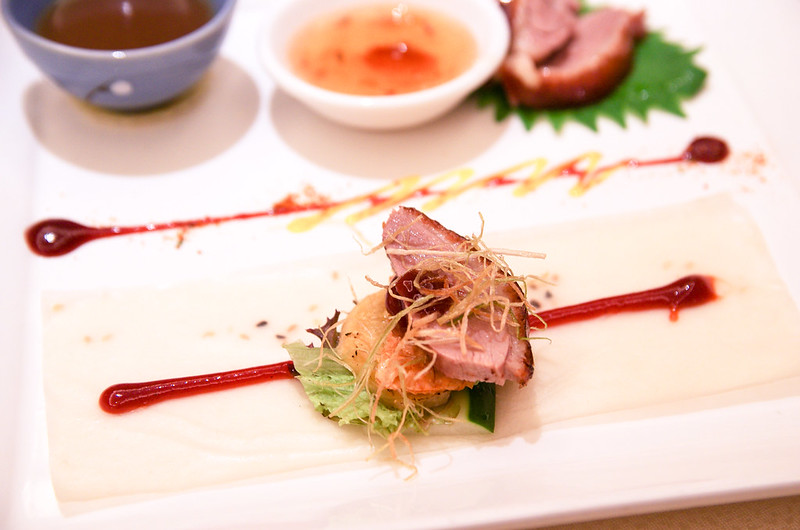 If you prefer something more run-of-the-mill, perennial favourites such as the Signature Roast London Duck (a mainstay in Oscar’s Sunday brunch as well) and Stir-Fried Broccoli topped with Scallop and Egg White are reliable options.

For more information and to book a table, you can check out their official website here 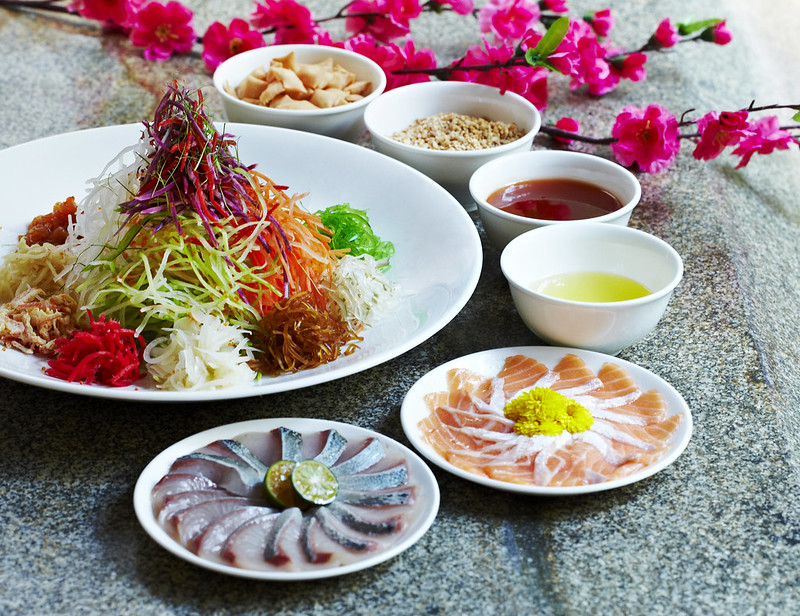 The hotel may not have a dedicated Chinese restaurant but the Chinese culinary team over at mezza9 has whipped up a sumptuous ensemble of dishes available in its ala carte menu from 5th January to 11th February 2017. Guest can indulge in the likes of double-boiled Australian abalone, sea cucumber, fish maw soup with conpoy, black chicken and flower mushrooms (SGD 22++); steamed Dutch bamboo clams with garlic (SGD 38++); wok-fried Maine lobster in a lemongrass-infused, chicken floss and salted egg yolk sauce (SGD 88++); and steamed spotted garoupa in premium Chinese soy sauce (SGD 98++). Their “Double Happiness and Good Luck” Yu Sheng is notable for its usage of sustainable Norwegian salmon and New Zealand yellowtail kingfish, in keeping with the restaurant’s promise of using sustainable seafood in its menu.

You can check out more of their Lunar New Year offers here.

Xin Cuisine is rolling out a healthy option for its Yu Sheng ($98 small / $138 large) with a most unique homemade fermented dragon fruit dressing. I have personally tried it and it’s markedly lighter than the usual dressing. 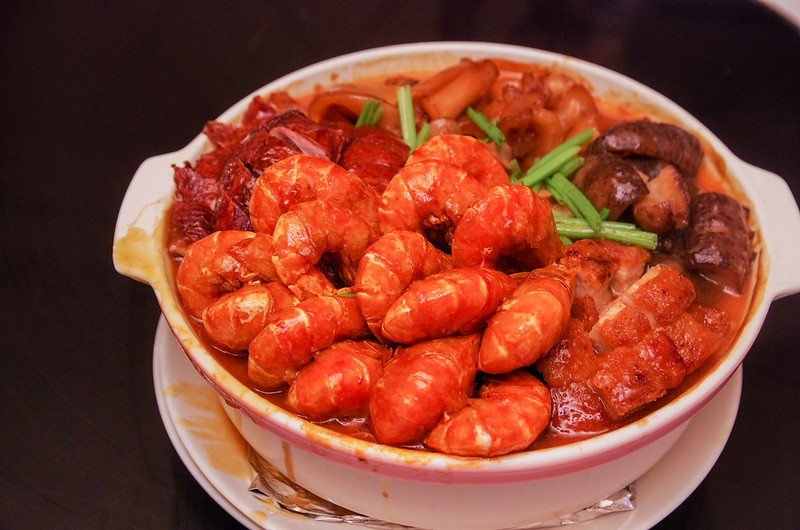 The restaurant is also well-known for its Pen Cai and this year the Imperial Pen Cai ($999++) comes with 3-head abalone, bird’s nest, superior fish maw and sea cucumber among others. For seafood lovers, the Prosperity Pen Cai ($408 large /$308 small) comes with lobster, abalone and fresh scallops. 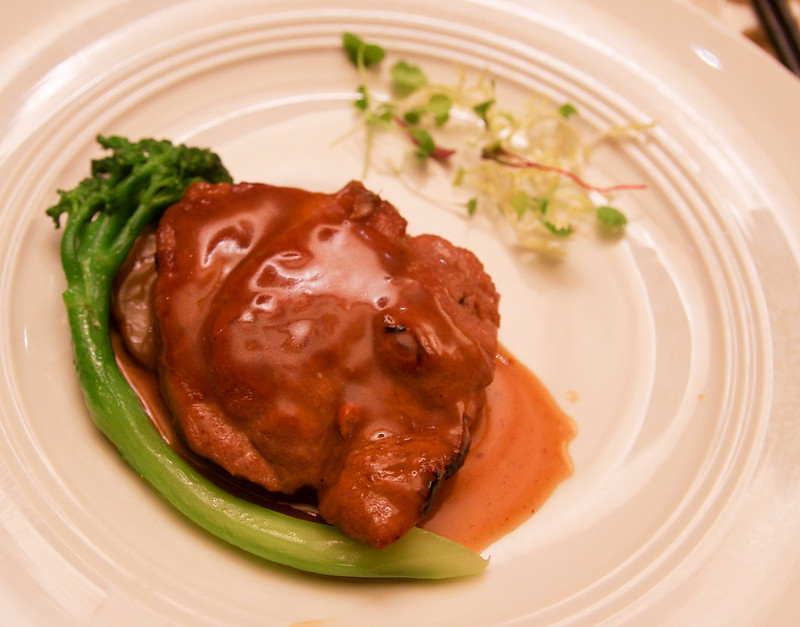 To mark the Lunar New Year season, Xin Cuisine is also rolling out some new dishes which will be regular mainstays of the menu. My favourite from the new menu is the Braised Kurobuta Pork with Snow Pear.

For more information on their Lunar New Year menu or to order festive takeaways (25% off for online orders), you can check out their website here 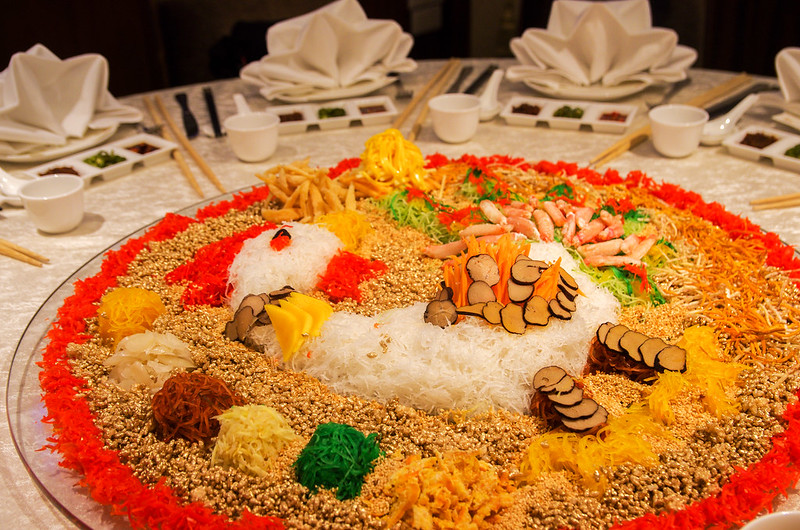 Man Fu Yuan at Intercontinental Singapore has come up with a well-balanced festive menu for this coming season with set menus starting at $128++ per person. 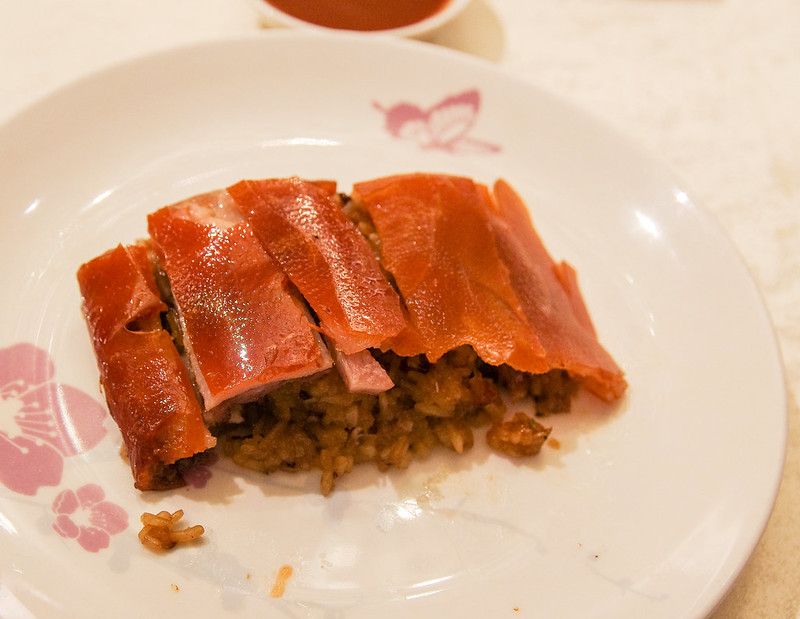 Choices include a highly nourishing Double-boiled Chicken Soup with Ginseng, Conch and Spiky Cucumber to a most decadent Roasted Suckling Pig with Glutinous Rice. I have personally tried the Lunar New Year menu and I would say you won’t go wrong either way. The suckling pig has a skin that’s sinfully crunchy while the ginseng flavour was highly prominent in the chicken soup. If you are not dining with a large group, you’ll be pleased to note that the set menus here can accommodate as little as 2 persons.


For more information on the Lunar New Year offers at Intercontinental Singapore, you can check out their website here 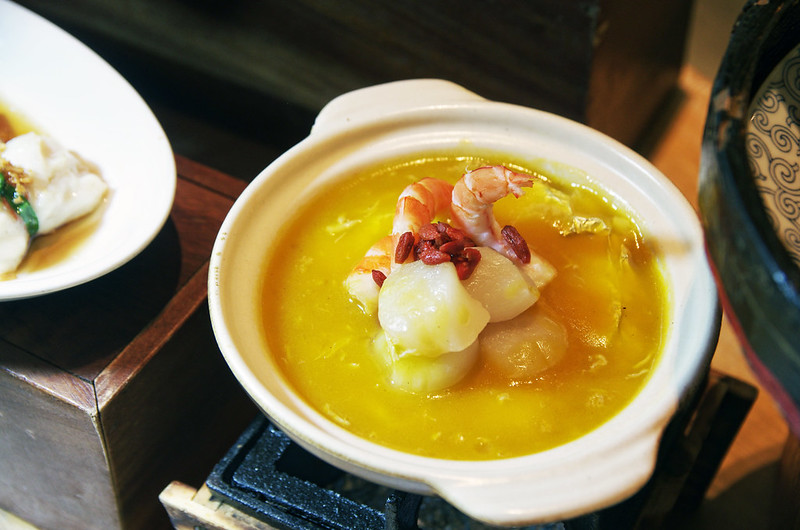 This property will be marking the longest festive season, food-wise, with the Lunar New Year menu stretching until the end of February 2017. Diners can mark the Year of the Fire Rooster with a Spring Time Oyster Rhapsody buffet incorporating seasonal classics such as Eight Treasure Lotus Leaf Rice, Fatt Choy with Sea Cucumber and Superior Fish Maw Soup alongside five varieties of freshly shucked oysters.

For bookings and more information, you can refer to their website here

Four of the hotel’s restaurants will be whipping up something special to greet the Lunar New Year. Even the Japanese restaurant, Keyaki, will be offering a Wafu Yu Sheng filled with hearty sashimi and tobiko. 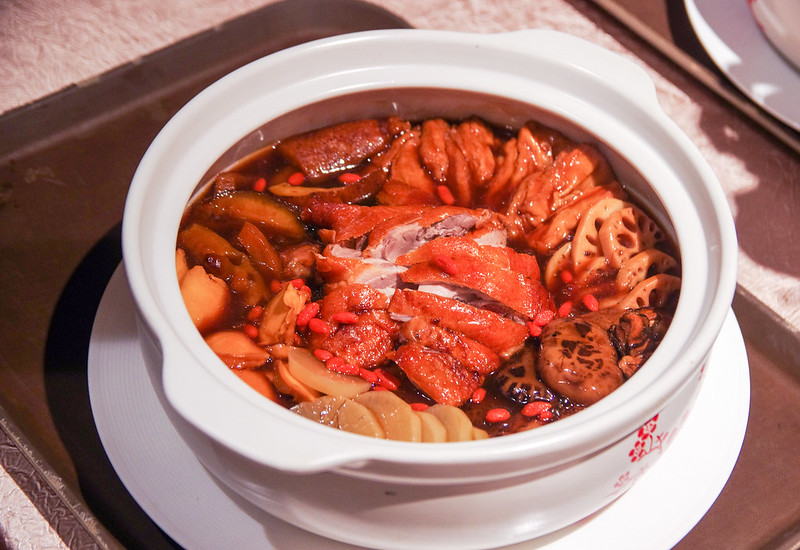 For something more traditional, Hai Tien Lo will be serving up a decadent Premium Wealth Treasure Pot ($388++ good for 6 persons) brimming with rich ingredients such as whole abalone, pork knuckle, roast duck and prawns. I have personally tried it and I must say it is one of my favourites among the various pen cai I’ve tried this year. 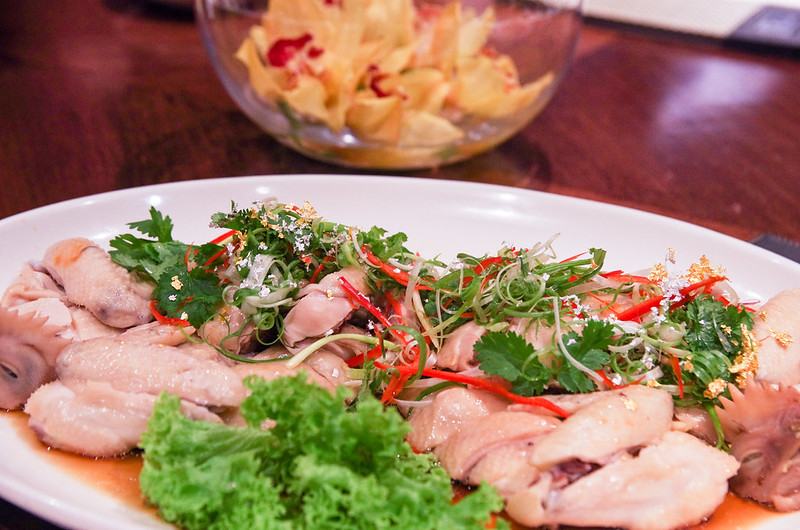 One of the new dishes available this year is the Steamed Farm Chicken with Minced Ginger. What made the dish for me was the sauce – quite addictive if you have some carbohydrates to soak it with. The chicken meat also came tender with the right amount of juices bursting with each bite. 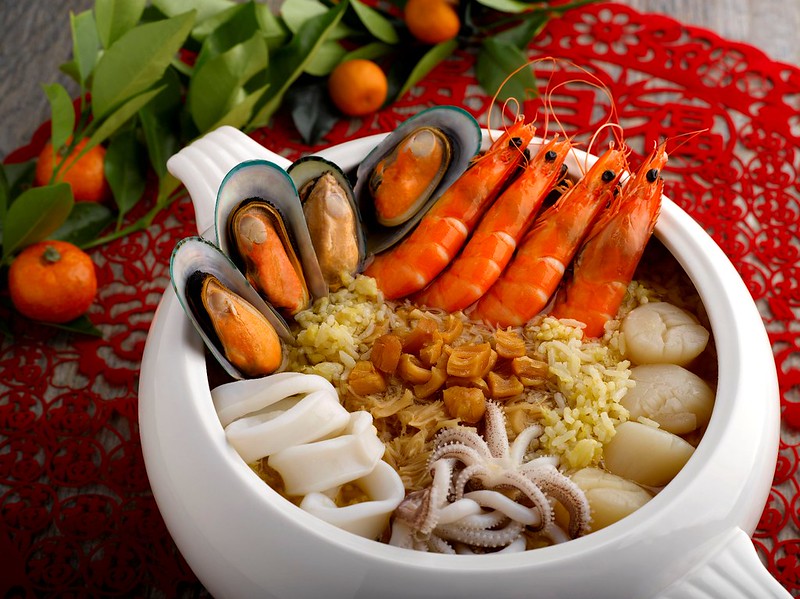 The hotel will usher in the year of the rooster with a number of set menus that start from $338++ for 4 to 5 persons. Reunion lunches and dinners will be held at the Van Kleef Room, the hotel’s main function room which can fit 50 people. At the centerpiece of the hotel’s Lunar New Year menu this year is a Tower of Fortune Crab Meat Lo Hei which could just be the tallest offered in Singapore this year. Made up of a few layers, diners can expect crunchy vegetables at the bottom; snow pears, crab meat and prawn rolls at the center and quail eggs on pomelo bits at the colorful exterior.

The property will also be bringing back some of the past year’s most popular dishes including the Emperor Herbal Chicken in a Basket, Jumbo Salted Egg Yolk Prawns and Deep-fried King of Fruit. 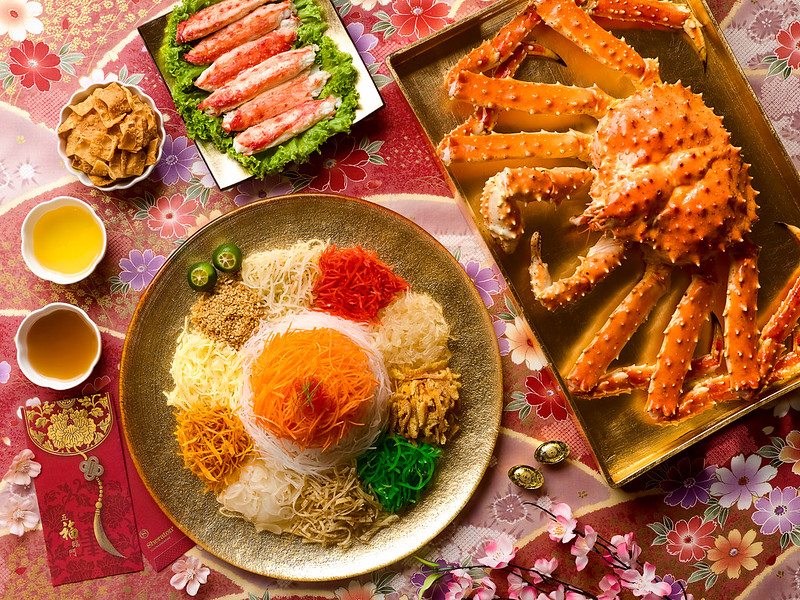 The hotel is notable for being one of the few in the island to offer a lunar new year-themed buffet rather than just festive set menus which diners can very well avail of in Li Bai. From 16th to 20th and 23rd to 27th January, The Dining Room will hold a special yu sheng corner in its buffet for guests to toss to a prosperous new year. This will culminate into a special buffet from 27th to 29th January with themed mains such as Treasure Pot, Wok-fried Scallops with XO Sauce and Chili Crab as well as desserts such as Pineapple Upside-down Cake and Kiyomi Orange Gateau. 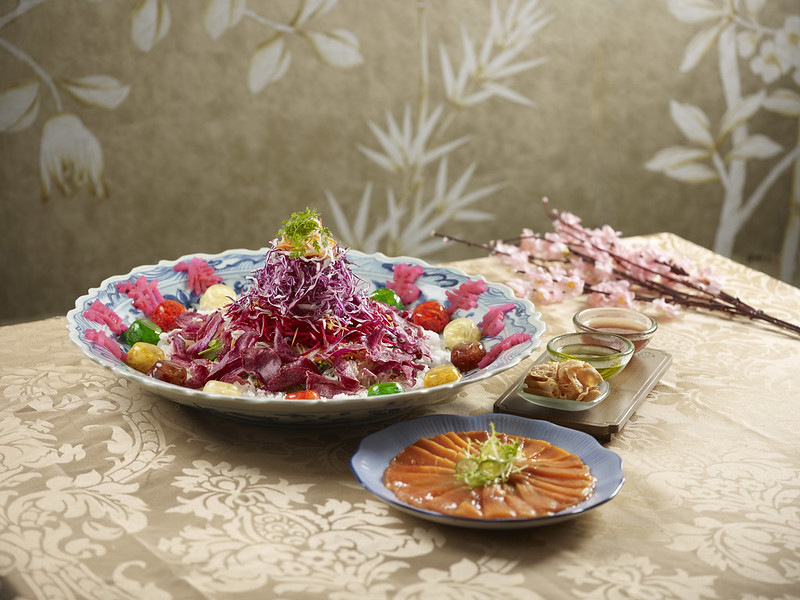 Diners at Shang Palace can expect a very purple yu sheng including one topped with grape vinegar dressing, beetroot and purple sweet potato alongside delectable poached lobster and smoked salmon. The restaurant is also offering eight-course menus starting from $108++ per person with highlights such as Braised Abalone with Winter Melon and Baked Kurobuta Ribs with Rose Wine and Garlic. For lighter options, guests can also choose from a medley of new dimsum items created for the season. The festive menus will be available from 16th January to 11th February 2017.

From the 9th of January to 11th February, Wan Hao will be serving up various festive set menus (starting from $98++ per person) with highlights such as Wan Hao’s special Pen Cai with Pig Trotter, Chicken Bak Kwah Yu Sheng and crispy oysters 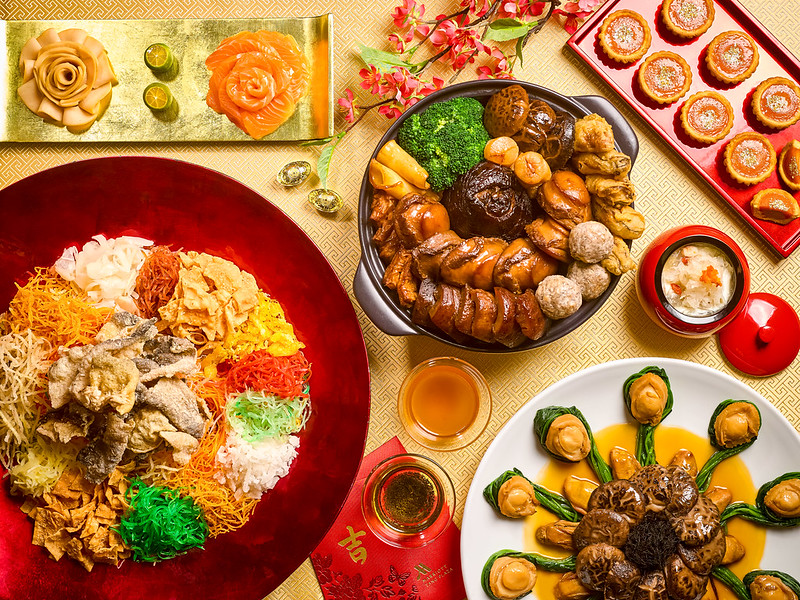 On the 27th of January, the hotel will be opening up its Grand Ballroom for reunion dinners with set menus again starting from $98++ per person.

You can check out more of their Lunar New Year offers here.

Yan Ting is one of the restaurants I personally go to have Lo Hei lunches with business partners so their annual offers tend to attract my interest. For the Year of the Rooster, diners can expect five different kinds of set menus that can entertain up to 10 guests – including an aptly named Luxurious 8-course menu for $3,888++ per table. They CNY menu starts from 9th January and will end on the 11th February. 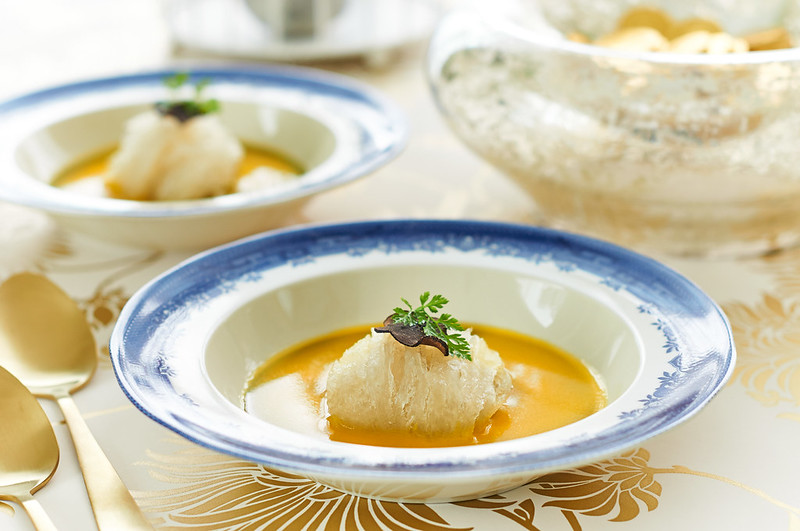 In terms of individual dishes, gourmands will revel in the likes of Braised Superior Bird’s Nest in Golden Sauce and Double-boiled Abalone Consomme with Maca Root served in Teapot. 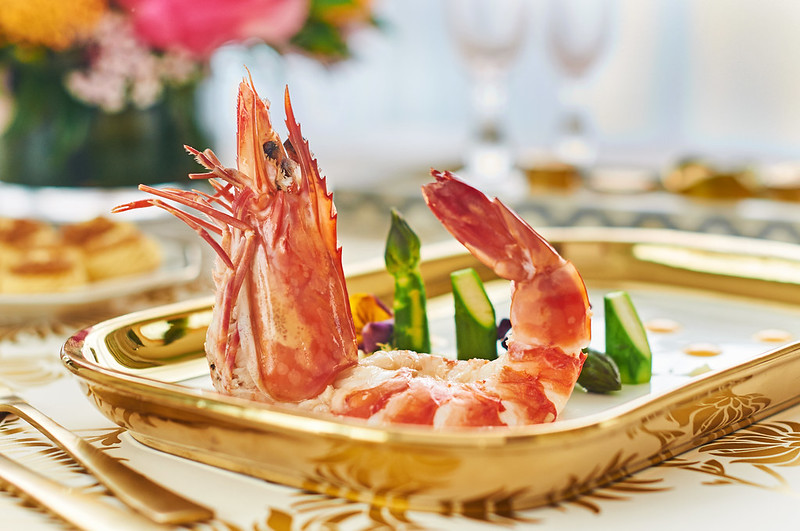 
For more information on Yan Ting’s Lunar New Year offers and to make reservations, you can click here