Creative recently launched the Aurvana ANC, the latest in its line of Aurvana headphones and its most wallet-friendly noise-cancelling option so far. As an urbanite and a frequent traveler, this was a most welcome feature as it gives the ability to have a more personal listening space in an ever shrinking and increasingly noisy world. I went for a series of trips recently and took out the Aurvana ANC for a spin. These were my impressions: 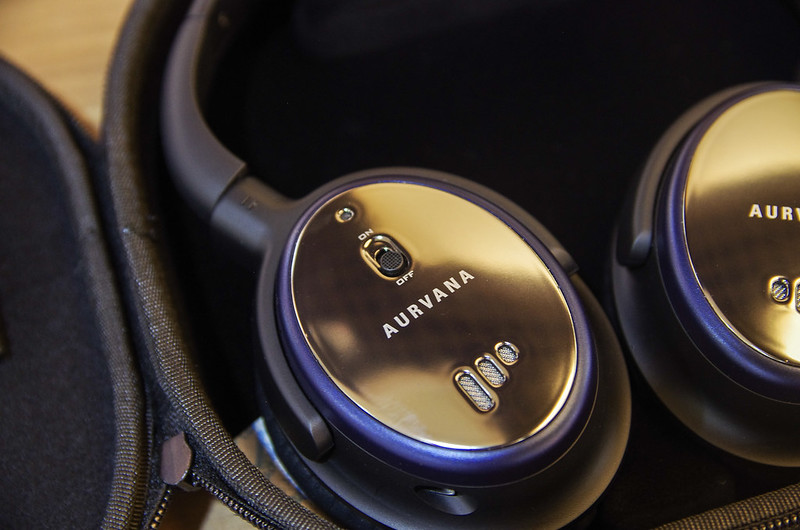 The mids and the highs were pronounced. Sung verses for instance were crisp and resonant. I also used the headphones in a number of situations where there was a lot of outside noise. This included the train, a couple of plane rides and outside while walking on the street. Generally, the noise cancelling feature worked just right. It created what seemed like an “echo” whenever I had it turned on. This enabled it to shield most outside noise on the streets and even while on the train. On the plane however, while it did manage to reduce the noise, the sound of the plane’s engine was probably too much to be totally obliterated.

Even without the noise cancellation feature turned on, the sound was still quite decent – albeit without the ambient “noise-masking” echo reverberating. 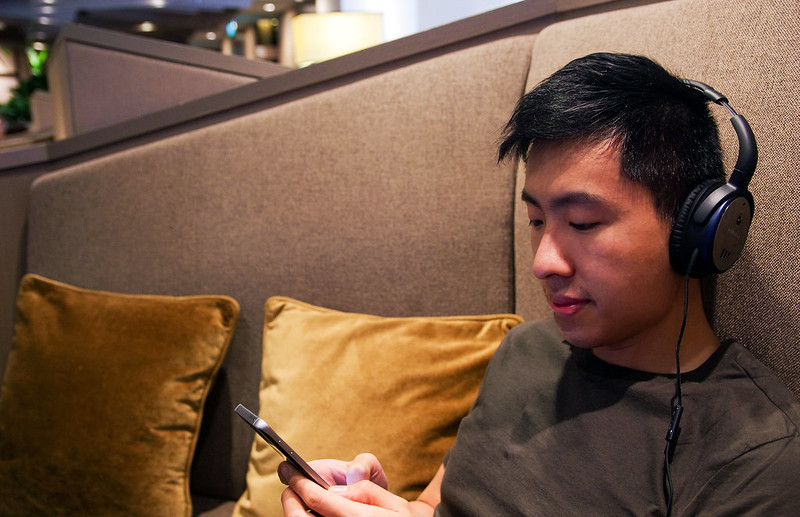 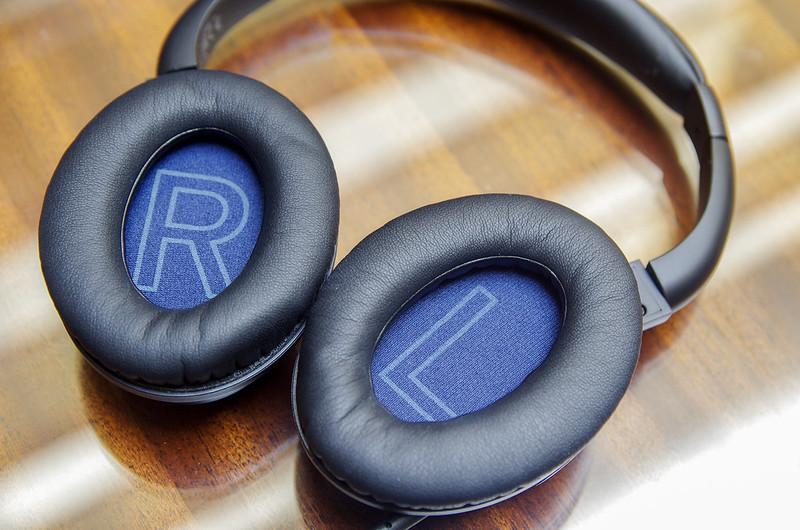 The relatively large earcups and leatherette ear cushions made my headphones really comfortable to wear. It did not make my ears sore even while using it on a long flight. I even managed to doze off while wearing it! Most headphones also give me a migraine when I put them on for too long but Aurvana ANC’s weight, at a mere 179 grams, doesn’t put too much strain on the head. 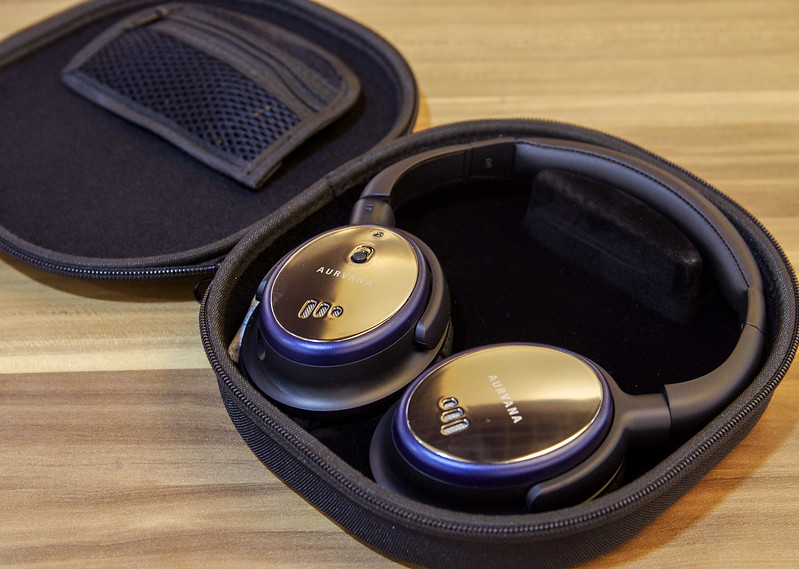 The headphones seemed to have been manufactured with the traveler in mind. The earcups for instance, can be folded which allow for easy storing in a travel case that comes with the product’s packaging. The contoured exterior of the travel case allows a degree of protection against minor push and shoves. There is also a pouch within the case where you can place an extra battery as well as an adaptor that allows you to hook the headphones in an airplane setting. 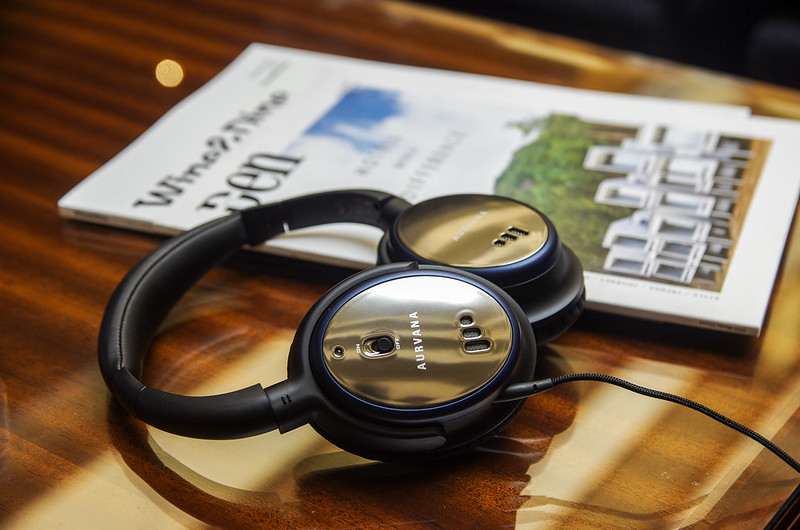 The headphones can be used with or without batteries. But in order to turn on the noise-cancelling feature, you need one AAA battery. Power is advertised to last for around 40 hours. I have tested mine on multiple occasions on a single battery – for a 2 hour flight, at home in the evenings for a couple of hours, out while on an audio-guided walking tour and on the train. I probably haven’t clocked in 40 hours yet but after a couple of days of moderate use, my headphones’ noise-cancelling feature was still working fine.