Just slightly over 2 hours drive from Bangkok, the coastal province of Phetchaburi makes for an underrated day trip from the Thai capital. Its location, by the northern end of the Malay peninsula and facing the Gulf of Thailand, gives visitors the best of both worlds. It is as easy to find a nice beach for swimming or a jungle canopy to hike through as it is to marvel at centuries-old hilltop palaces and impressive temple ruins. Its capital, which also goes by the name Phetchaburi, doesn’t have a shortage of impressive buildings that belie its small population.

How to Go to Phetchaburi

From Bangkok’s Mo Chit Station, minibuses go to Phetchaburi and takes about two hours. Instead of going by public transport, I decided to hire a car instead from Bangkok to Phetchaburi as I wanted to maximize my time exploring the area.

One Day in Phetchaburi 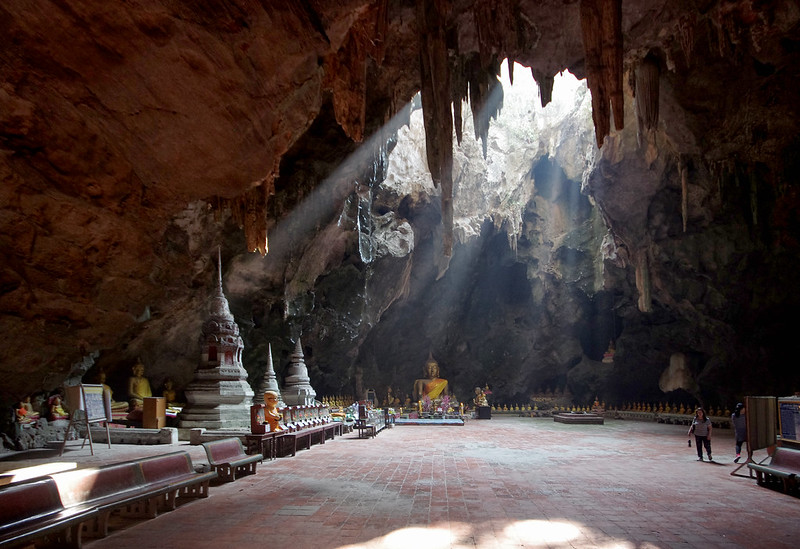 khao luang cave in the morning 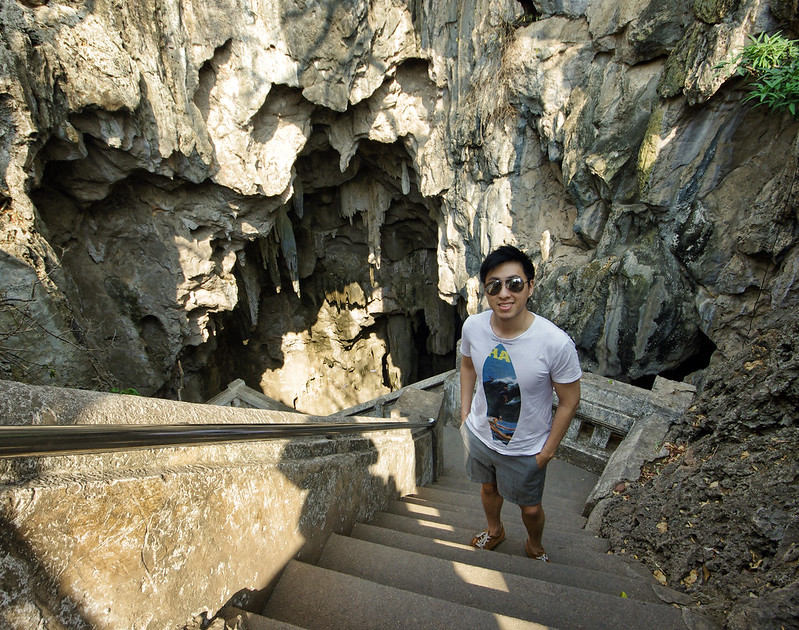 I departed Bangkok early in the morning for the 2 hour drive to the town. For a day out exploring Phetchaburi, I recommend starting at the Khao Luang Cave where the sun casts an impressive glow at around 9 to 10 in the morning. Formerly used for meditation by King Rama IV, the cave itself is surrounded by Buddha statues and jagged rock edges which make for a picturesque sight.  To get here, one can either walk through or take a songthaew up a long pathway from the parking lot to the entrance of the cave. Walking to the cave entrance is not advisable due to the presence of several aggressive macaques along the pathway so it’s better to take the songthaew up for a minimal fee. 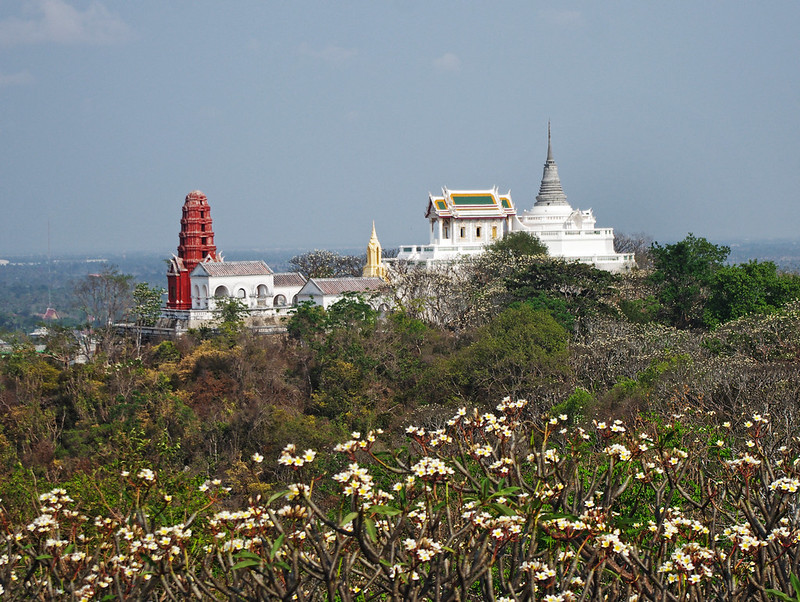 From there, I headed to the city center where many of Phetchaburi’s most famous temples and palaces are located. As I reached the downtown area, I could make out the Phra Nakhon Khiri Historical Park, a palace complex built by King Mongkut in 1860 which is curiously perched on a hill. To get up there, I had to take a funicular and that’s when I realized the complex actually consists of three areas – a royal temple, a pagoda in the middle and the actual royal palace where the funicular stops. As it was already midday and it was a searing 38 degrees outside, I only managed to explore the palace which has since been turned into a museum. Admission fee to the palace complex with roundtrip funicular ride as of this writing is at 150 Baht per person. 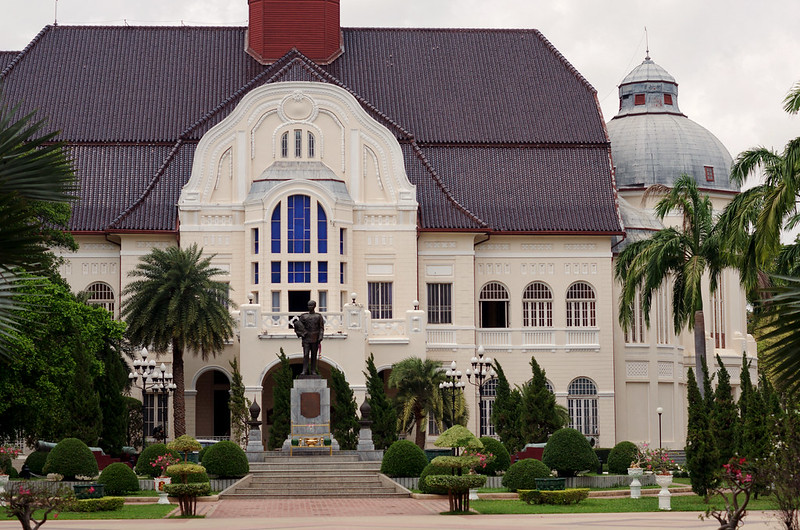 Another interesting palace to see in Phetchaburi is the Phra Ram Ratchaniwet which is notable for its European and Art Nouveau influences. It was originally built to honor visiting dignitaries but today it functions as a museum. The palace is located inside a military base so one has to go through a checkpoint in order to enter. 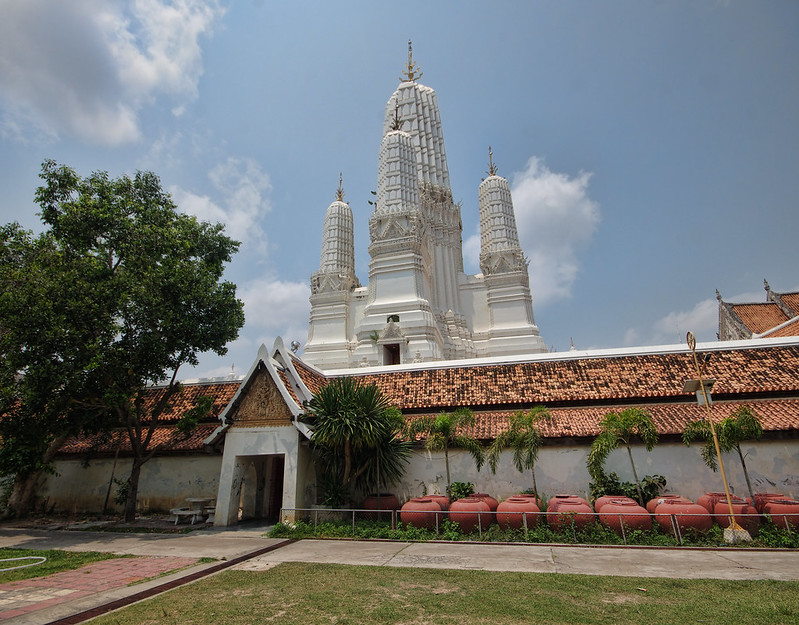 There are several temples in Phetchaburi including the expansive Wat Yai Suwannaram and the Angkor-style Wat Kamphaeng Laeng. As I did not have much time left, I skipped those and opted to visit Wat Mahathat Worawihan which is located right smack in the heart of town. This is the main working temple in town and at the time of my visit, was filled with worshippers. The temple is known for its large white five-tiered stupa. If you’re coming with a car, the parking lot here also makes for a good base through which to explore the surrounding downtown. 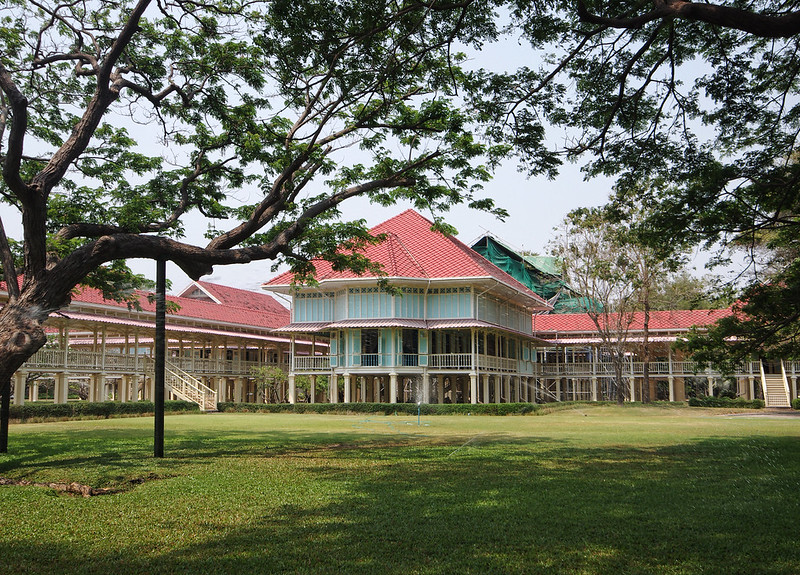 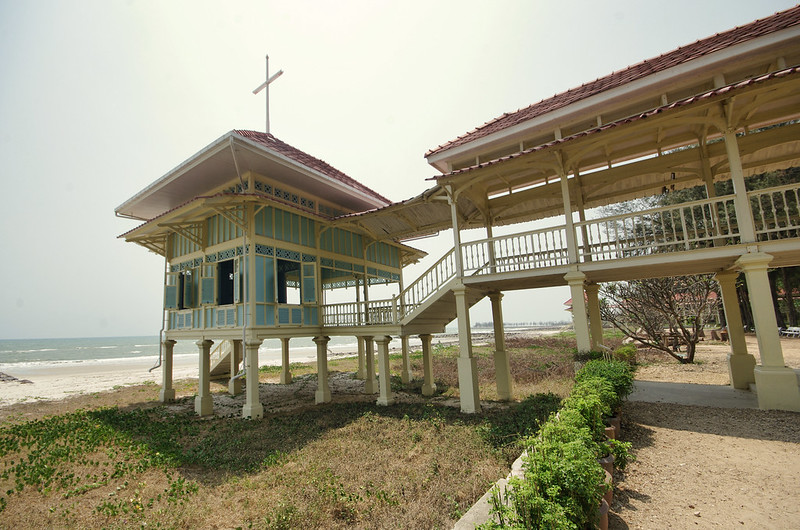 Around thirty or forty minutes drive from downtown Phetchaburi, near the border with Prachuap Khiri Khan, the Maruekhathaiyawan Palace is slightly out of the way but makes for a worthy inclusion to any trip around Phetchaburi. Often only visited by daytrippers from nearby Hua Hin, the seaside teak palace is a gorgeous summer retreat built by King Rama VI in 1923. Painted in light green, the palace is quite unlike the other more ornate Thai palaces I’ve seen though undoubtedly beautiful in its own way. It is raised from the ground by pillars, offers plenty of open spaces and directly faces the sea.

Where to Stay in Phetchaburi

In order not to rush while sightseeing in the city (and to avoid the rush hour traffic back in Bangkok – trust me, you would definitely want to avoid this), it is best to stay here a night. There plenty of lodging options nearby. You can compare the best prices for hotels in Phetchaburi HERE.