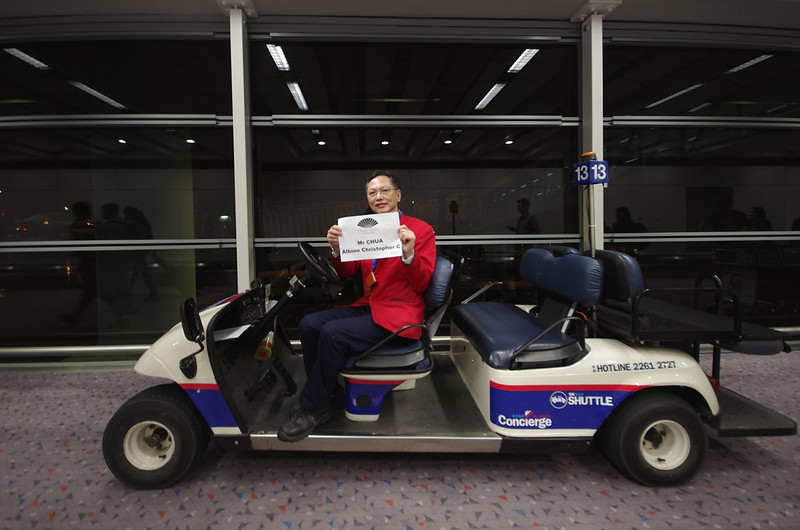 I had the opportunity of staying at Mandarin Oriental Hong Kong during a recent trip to the territory. After taking a red eye flight from Singapore, my flight arrived at Hong Kong International Airport close to midnight. Barely out of the plane, I was already greeted by an airport staff contracted by the hotel to assist me with immigration formalities and baggage retrieval. In no time, I was onboard a buggy, being whisked to passport control. It had been five years since I last visited Hong Kong and I had simply forgotten just how long the walk was to the immigration area from the arrival gate so the buggy was certainly helpful. 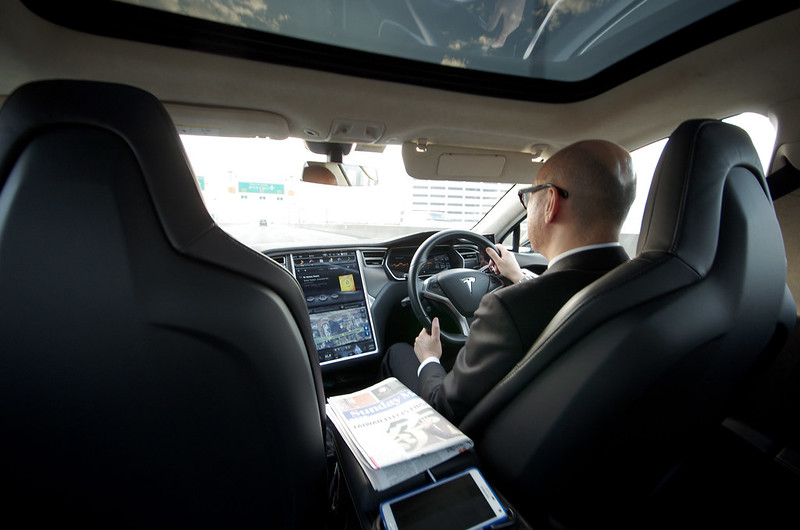 first time inside a tesla car

With my bag in tow, the airport staff handed me over to my driver for that night, on a Tesla S model electric car that the hotel handily arranged. Elements of the Mandarin Oriental Hong Kong were already apparent the moment I stepped in the car. I was greeted by bottles of mineral water, some light snacks, a much-needed hot towel and some brochures on the hotel’s f&b and spa offerings for me to consider. It was the first time I had been inside a Tesla car and the chauffeur briefed me on some cool features such as the wifi inside the car and Bluetooth connection which allows me to hook up my own music to the car’s stereo system. 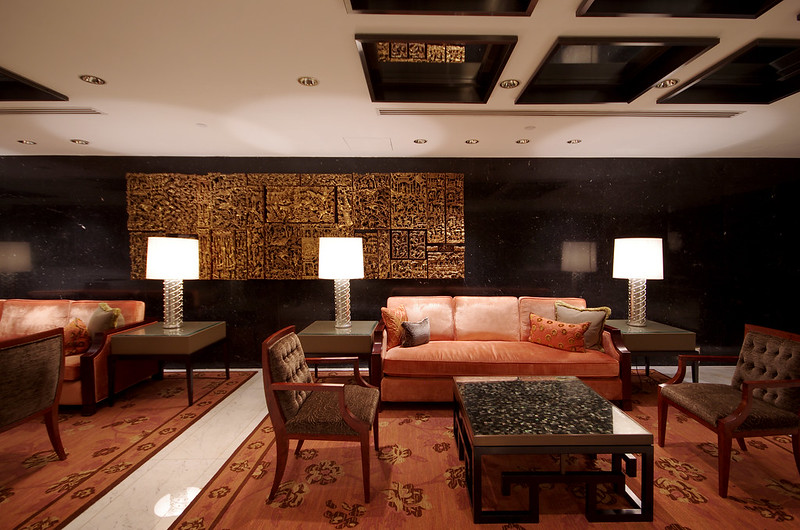 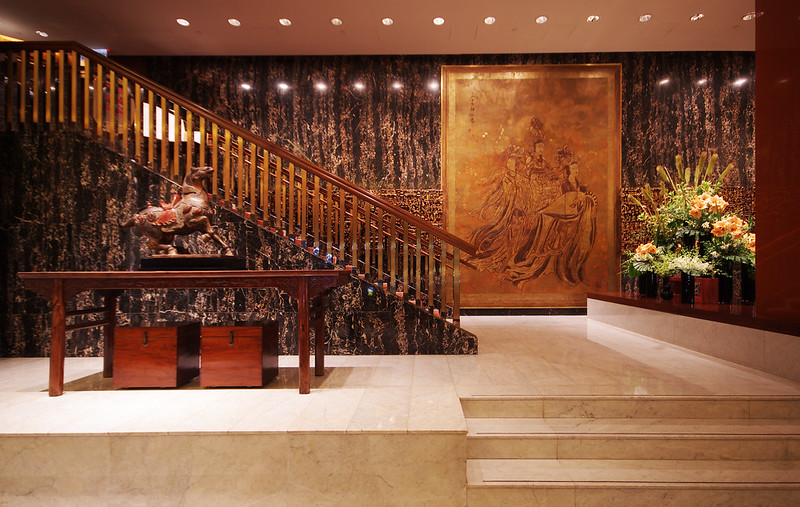 The ride from Hong Kong International Airport to Central took just about 30 minutes. It was pouring when I arrived but I saw some of the hotel staff already outside the entrance waiting for me. This group included the duty manager, Niko, who introduced himself to me. I did not have to go through the traditional check-in process in the lobby and was simply escorted to my room to sign a few papers and I was done! 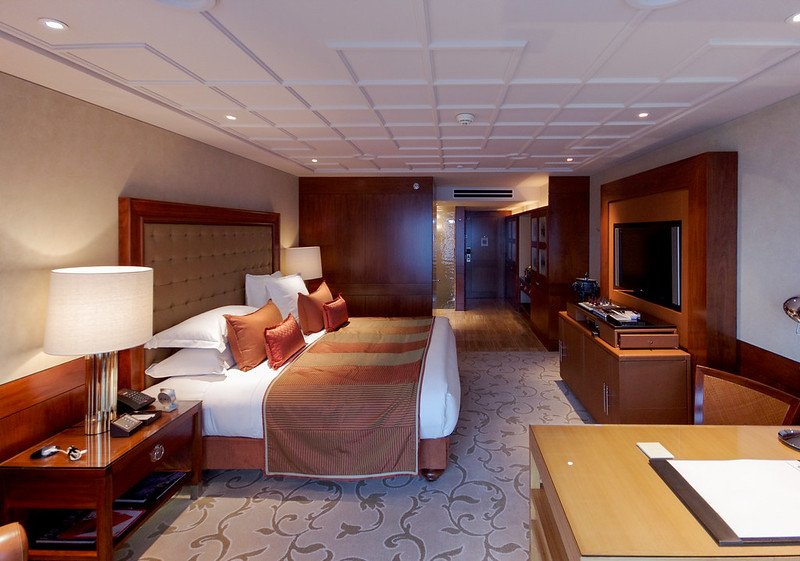 In line with the Mandarin Oriental branding, my Harbour Room carried a distinct Chinese vibe. Dubbed the “taipan” style, I was to later learn that there was also an alternative contemporary “veranda” style room type. Dark wooden shades permeated my 40 square meter room, accentuated by décor to perpetuate the oriental style such as Chinese paintings and antique bronze containers. 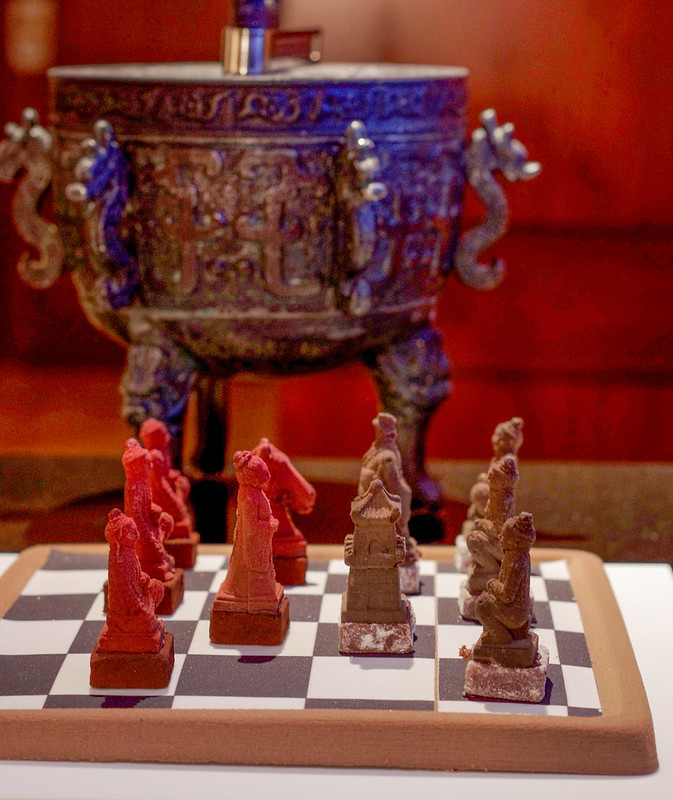 I was particularly amazed by the welcome treat. In addition to the hotel greeting card, a Chinese chessboard made of chocolates was laid on my desk. The details on the chocolate chess pieces were exceptional, as was the extent of chocolate on the whole ensemble (everything was edible!). 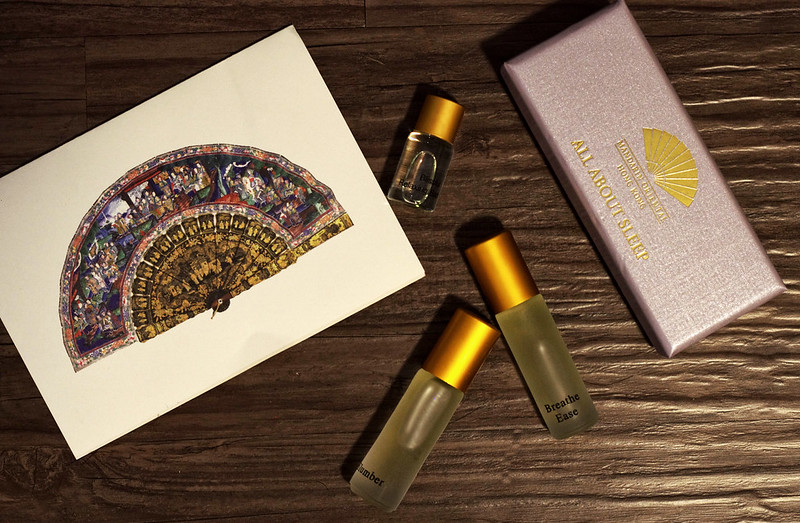 As I arrived in my room late, I found turndown service already done. The housekeeping staff was thoughtful enough to leave small bottles of body spray to help me have a good night’s sleep and plenty of mineral water at my bedside. 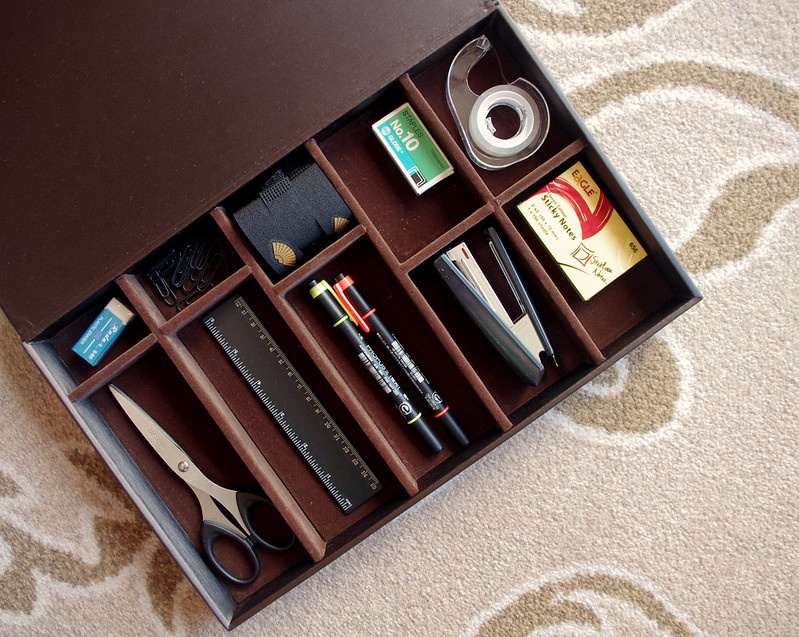 they thought of everything – even with the stationery set

The hotel has a unique newspaper / message delivery methodology. Rather than just hanging the newspapers by the room’s doorknob, each room actually has a pigeonhole which can be opened both from outside and inside the room. This allows guests to pick up their morning paper and other important hotel correspondences without actually having to go out of the room. 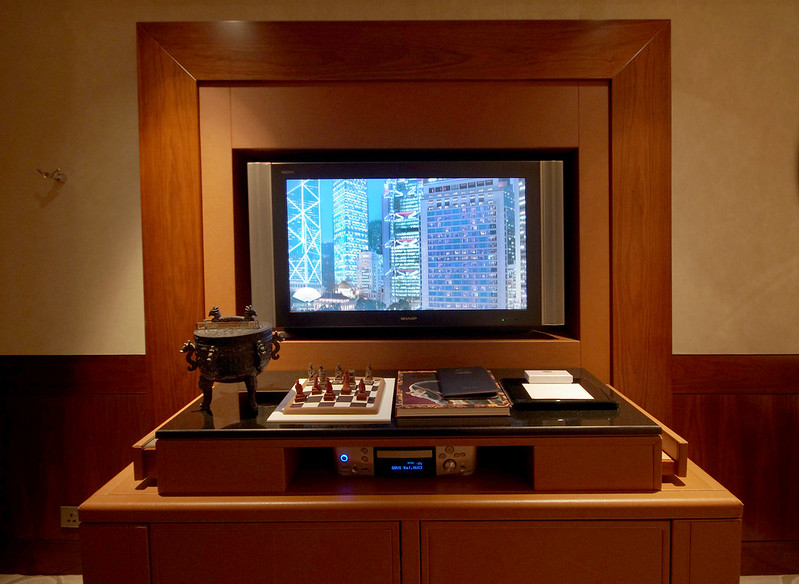 a high tech entertainment system underneath the traditional looking facade

The room’s traditional look does not immediately give a high-tech impression but some further inspection revealed that my room actually had a number of savvy entertainment features. Some relaxing CDs were placed on the drawer underneath the TV for me to choose from. If I wanted something more customized, I could actually hook up my iPod or smartphone to the stereo, and play my own tunes through the sound system. 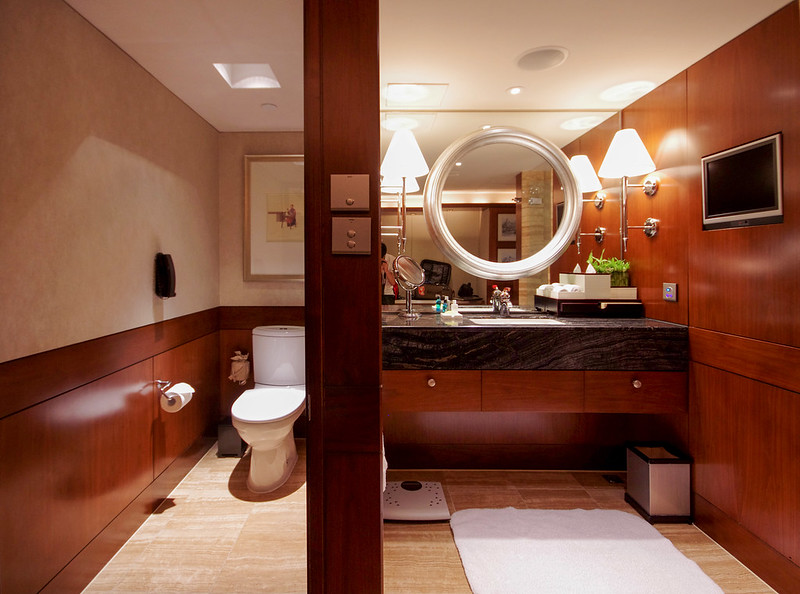 The bathroom was made up of three parts – the toilet which was in its own enclosure, the open-concept sink and the bath area in another enclosure. The wash area had a TV of its own. 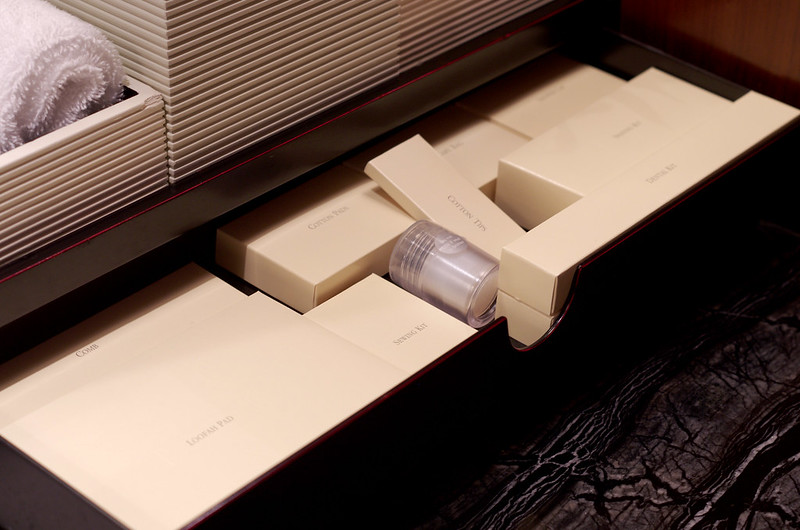 I was particularly impressed with the copious amounts of grooming items available, from combs to shavers which were all placed neatly in a drawer. 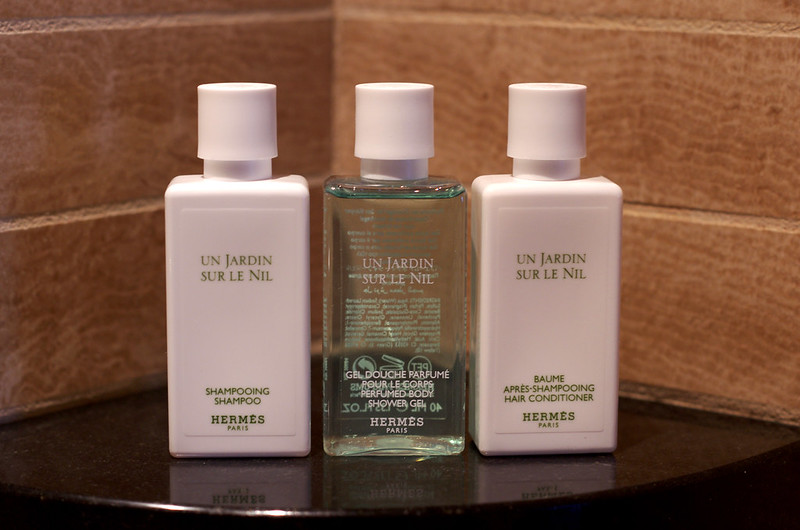 Toiletries were from the luxury brand, Hermes, a nice departure from the brands I usually encounter in other luxury hotels. The showers come in two tiers – a rainshower provision as well as a massage jet which make for a pampering shower experience. 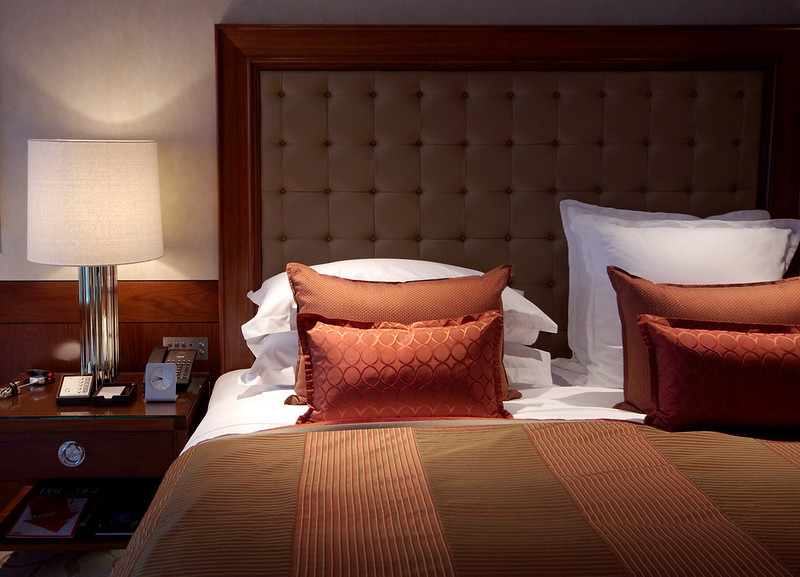 I have to hand it to the housekeeping staff of the Mandarin Oriental Hong Kong which are efficient and extremely detail-oriented. Case in point – I had stepped out for a 30-minute breakfast at around 8-ish in the morning. When I came back to my room before 9AM, I found the cleaning already done! The team knew exactly when I stepped out of the room and immediately went in to clean it – a bit “big brother”-ish but in a nice way. Within that short span of time, the staff was even detailed enough to fold my sleeping attire, roll my charging wire with a Mandarin Oriental-branded rubber in place to hold it together and even leave a cleaning cloth for my laptop. I have to say – this was the most impressive housekeeping team I have ever encountered among the hotels I’ve stayed in.

My stay at Mandarin Oriental Hong Kong came with either breakfast buffet at Clipper Lounge or set menu breakfast at Café Causette. I decided to try the two during the two mornings I was there. 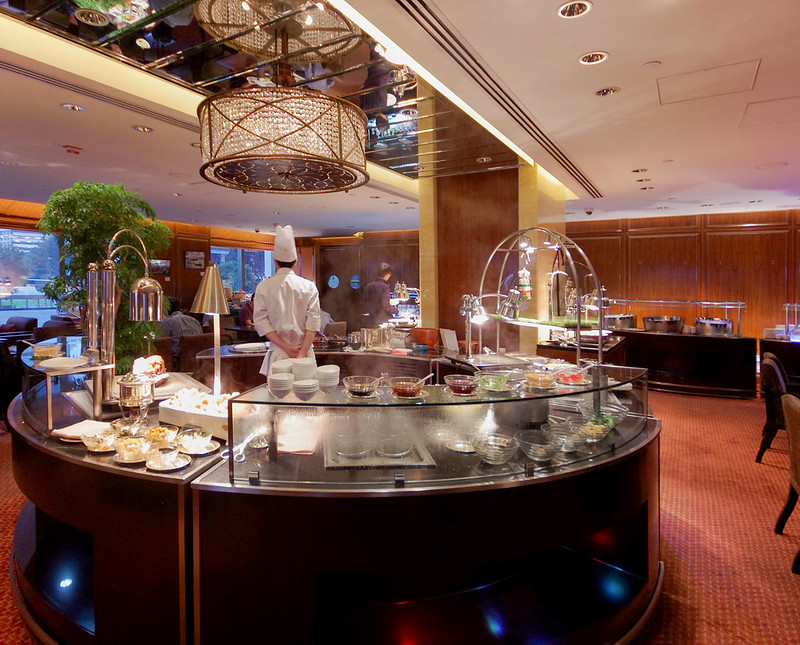 Clipper Lounge is perhaps best known – especially among locals – for its afternoon tea. The breakfast buffet at Clipper Lounge was a similarly decadent affair. Despite the relatively small space for the food stations, the breakfast offerings were of great variety and included a fine mix between western favorites such as bacon, eggs and sausages as well as Asian delights. 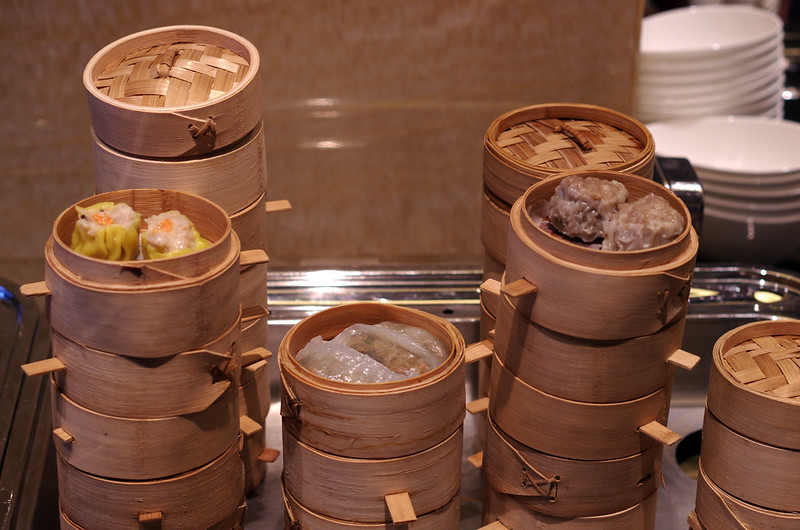 Breakfast in a top hotel in Hong Kong would perhaps be incomplete without dimsum and at Clipper Lounge, this is provided for via the iconic dimsum trolley with favorite dimsum dishes such as siu mai, prawn dumplings, chive dumplings and spare ribs. 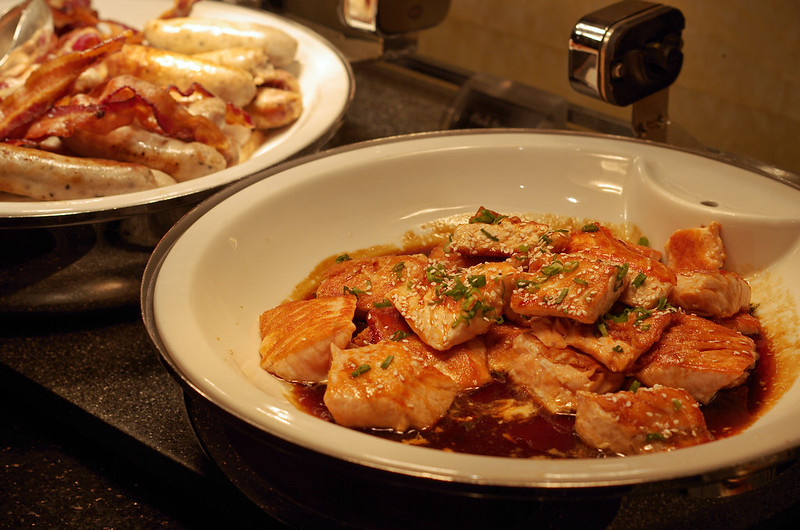 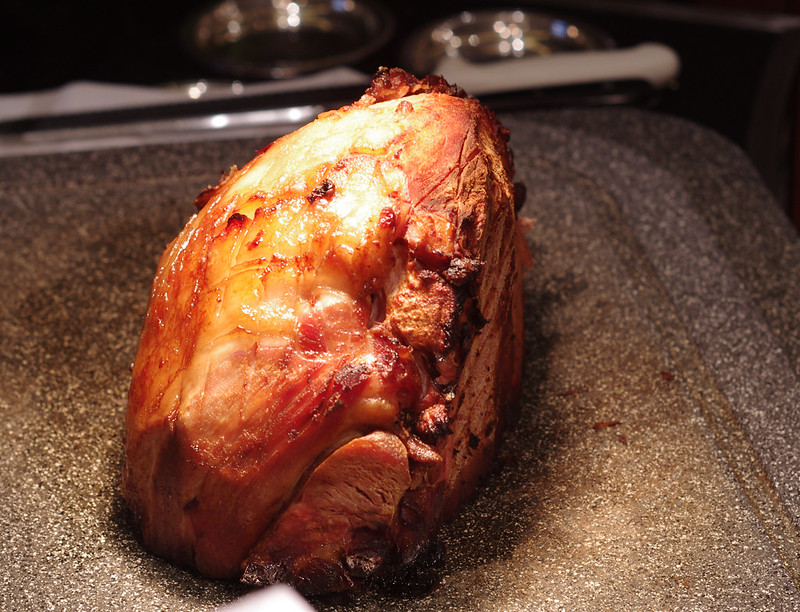 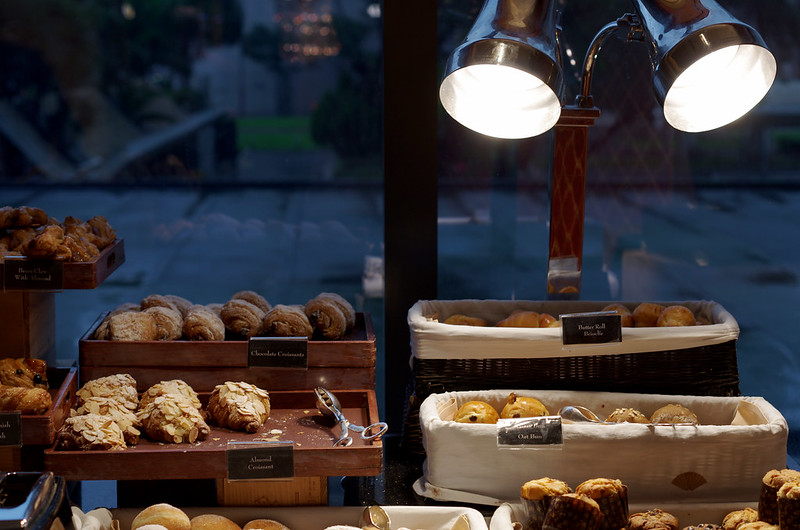 For the health-conscious, the buffet also has a sizable section dedicated to healthier alternatives such as oat meal, cereals, salads and fruits. 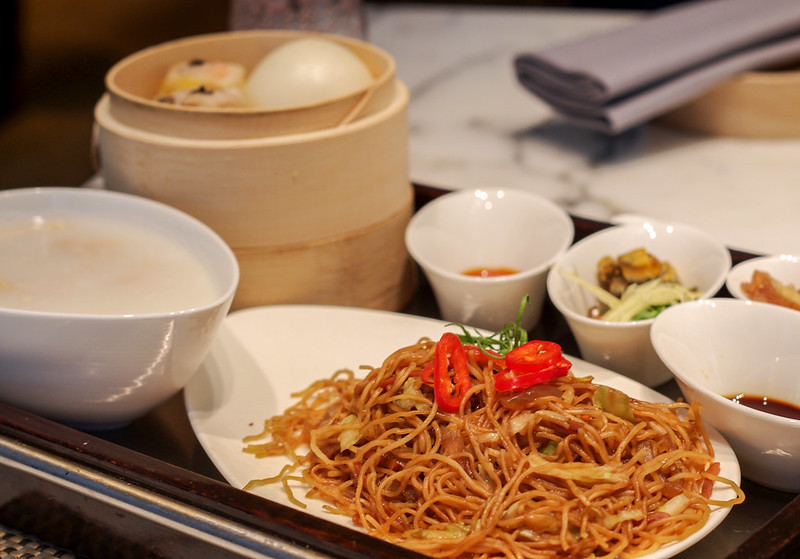 In contrast to the buffet-style breakfast the previous morning, I opted for a set menu breakfast for my second morning at the property. Café Causette has some pretty strong western brunch offerings such as Eggs Benedict and Belgian Waffles but as I was in Hong Kong, I opted for the Chinese breakfast (HK$ 318) which consisted of stir-fried noodles, abalone congee and an assortment of dimsum. Overall, I found it to be a filling – if not heavy – breakfast that was more than enough to last me through lunch. 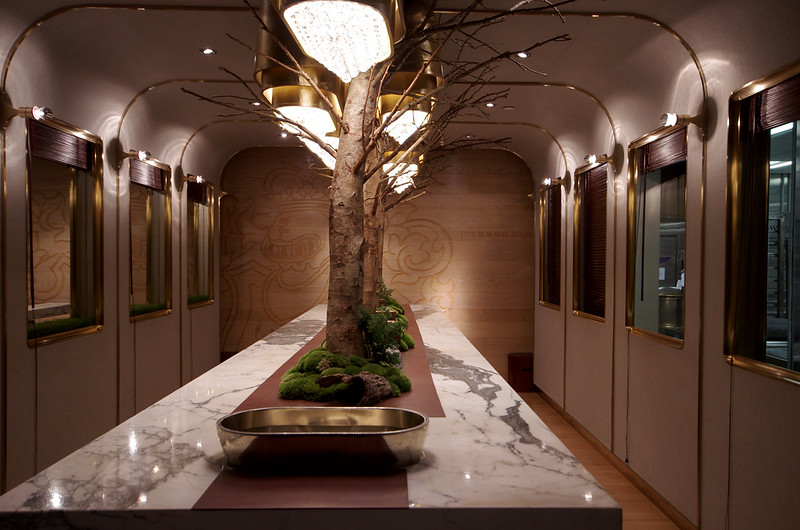 I have to say that I have never seen so many restaurants within a hotel. The Mandarin Oriental Hong Kong boasts of ten F&B outlets within its walls, ranging from a cake shop to the deliberately hidden progressive gastronomy outlet, Krug Room. Some of Hong Kong’s most famous dining outlets, such as Clipper Lounge and Man Wah are here as well. With my limited time in Hong Kong, I was only able to try two with an intention to check out the rest at another time. 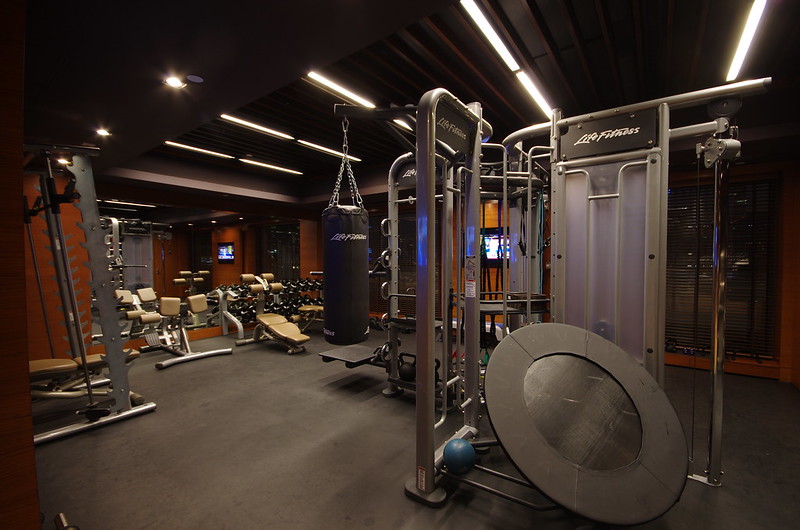 For those looking for some time to relax, the Mandarin Spa at the 24th floor offers a range of treatments to soothe the mind and body. Located at the same level is the fitness center. The gym here is not particularly big but I found the range of machines available to be quite diverse. They even have a punching bag which I don’t usually see in other luxury hotels. What I particularly liked about the gym is that it’s open 24 hours. It’s manned from 6AM to 10PM and accessible by key card beyond those times. 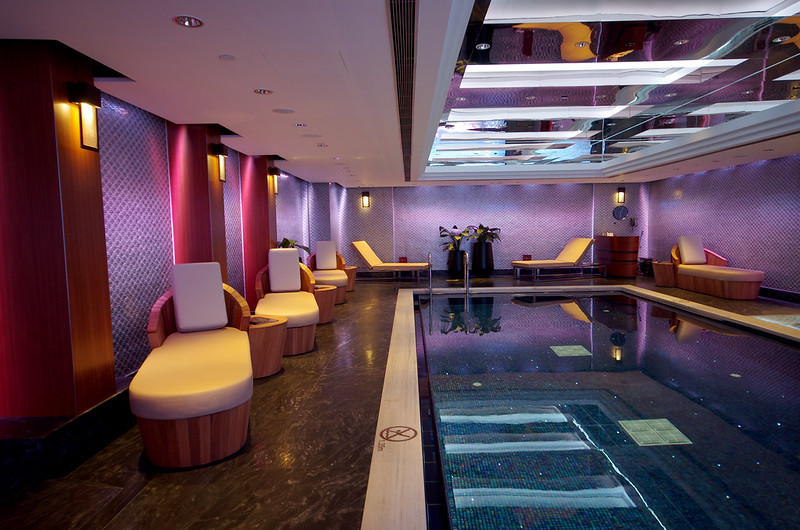 A floor above the spa and fitness center is the hotel’s swimming pool. Due to the city’s subtropical climate, many hotels in Hong Kong including the Mandarin Oriental have their pools indoors. 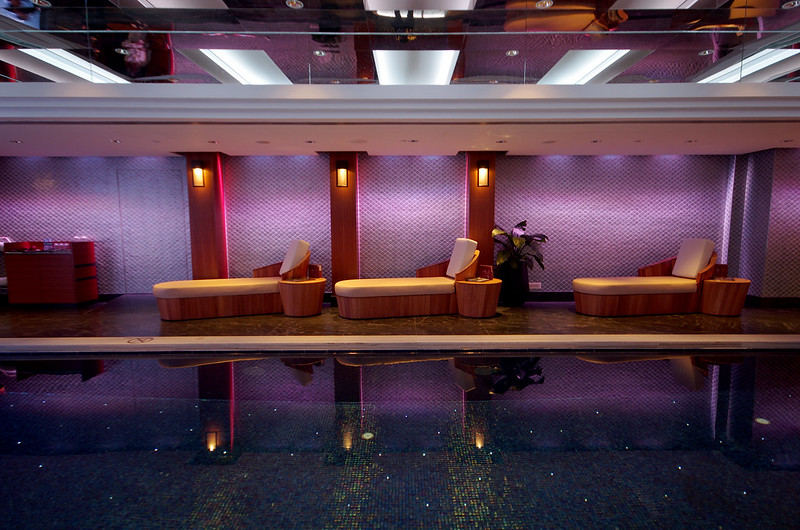 The swimming pool at this property was only renovated in 2015. It’s a highly modern affair, with a video wall showing live scenes of Victoria Harbour and an underwater sound system so you can actually hear music while swimming! So far, I’ve only encountered this feature in one other hotel, at the W Bangkok.

This 53 year old hotel has consistently appeared in “best hotels” list of leading publications and now I can see why. In the world of luxury hotels, the trickiest part is always the human element – the level of service and interaction of the staff with guests. While the bed was such a delight to sleep on, the service standards here in Mandarin Oriental Hong Kong I believe is what sets it apart. Throughout my stay, the staff gave me the genuine impression that they were concerned about my well-being. The level of detail by the housekeeping staff was immaculate and I really have to hand it to that team for a job superbly done.

You can read more of my hotel reviews here.