Casa Restaurant opened in mid-2021, taking over the indoor space of El Mero Mero (which has now become a fully alfresco restaurant) in Chijmes. Helmed by the affable Chef Remy Lefebvre who was most recently at Butcher’s Block and, in a past life, El Mero Mero; the 35-seater restaurant offers a peek at Chef Remy’s extensive travels and culinary values. The name “casa” might immediately suggest a Spanish, Italian or Portuguese restaurant but the venue is neither of these things. While Chef Remy spent some of his formative years in Spain, the name “casa” alludes more to the concept of homeliness and this is evidenced by the cozy spaces – neatly divided into the living room, dining hall and open kitchen.

For dinner, Casa Restaurant serves 3 types of menus. The lowest is the 4-course Discovery menu for S$118++ per person, followed by the 6-course Experience menu for S$198++ per person as well as the 8-course Carte Blanche for S$258++ per person. I had the 6-course menu but managed to share some dishes with my dining companion so overall, I got to try 8 dishes. 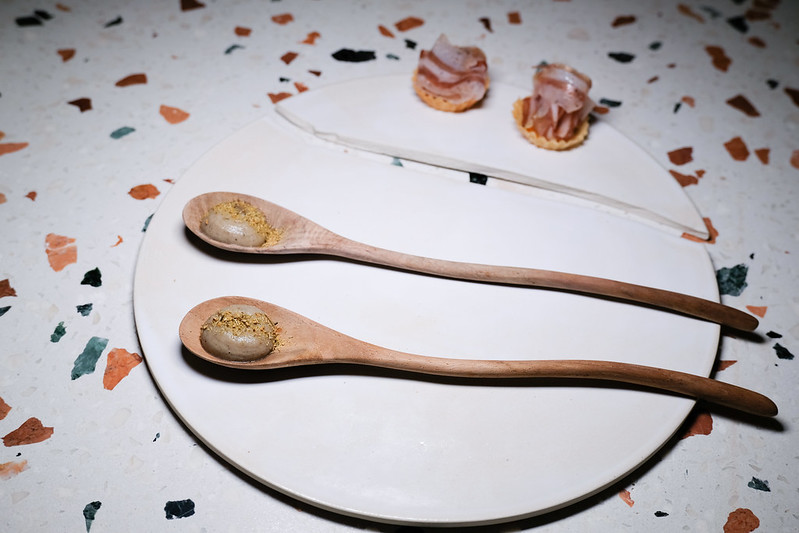 A duo of snacks, served on deliberately broken plates from French ceramist Amadine Richard, set the tone for dinner. The plate was carefully “broken” and produced a wavelike separation. The Bacon Tart was on one half of the plate while the Eggplant Puree on the other. 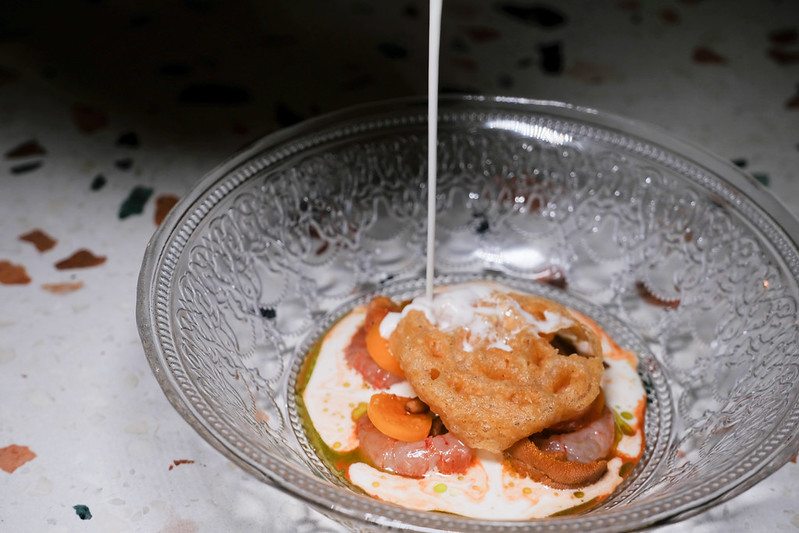 For the first course, I had the Gambas which is also one of the crowd favorites since Casa Restaurant opened. The prawns here came sweet and contrasted nicely with the uni. It was also topped with a piece of chickpea tuile. The sauce – a mix of gambas head oil, yuzu and wasabi kosho, pine nut milk and verbena oil was also hard to resist. Chef Remy makes an effort to have his dishes cater to all sorts of dietary requirements. The sauce was delightfully creamy despite not using dairy milk. Pine nut milk was used instead. 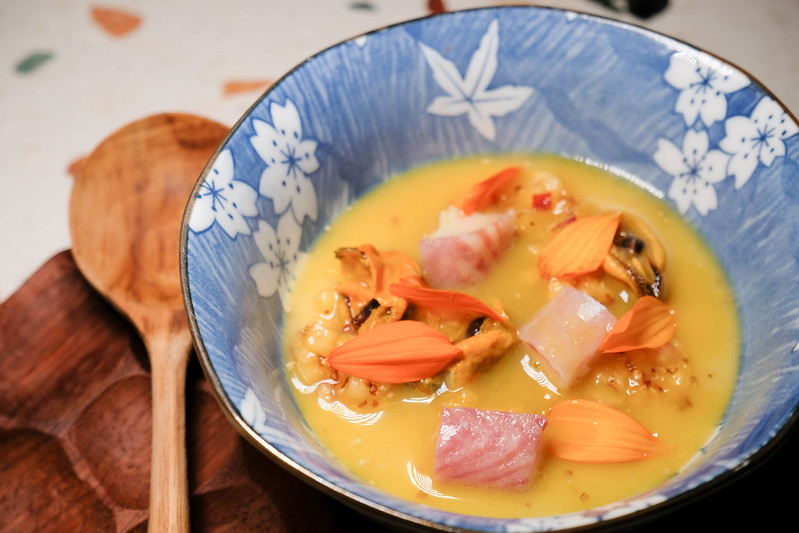 A bowl of Blue Mussels came next. Served as chawanmushi, this course had a perceptible fruit custard flavor to it due to the mixture of egg and coconut cream as well as inclusion of diced peaches. The star of the dish – the mussels – were barbecued in a charcoal oven and sous vide for 4 to 6 hours. The chawanmushi also came with 2 pieces of eel that gave the dish a smoky finish to the tastebud. 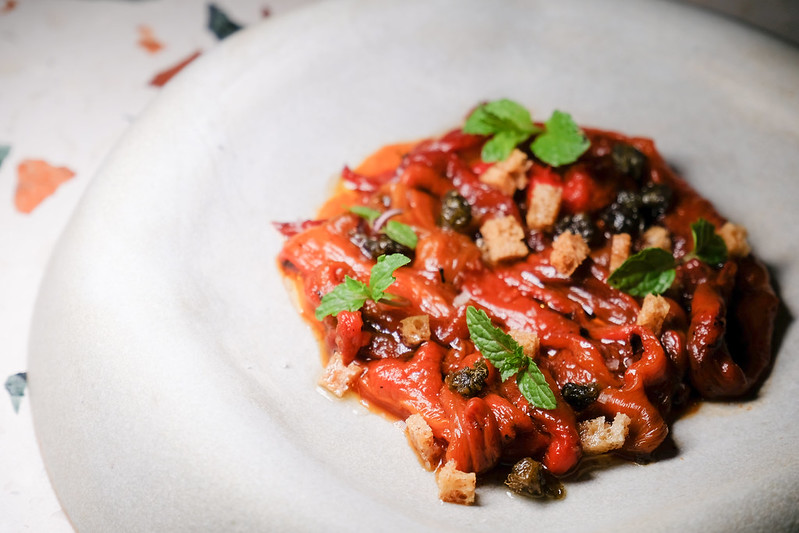 Showcasing Chef Remy’s versatility, we were transported to the Middle East with the Palermo Peppers. Here, sweet peppers are served with Muhamara sauce, a classic Middle Eastern dip made of red peppers, walnuts, tahini, lemon juice, paprika and pomegranate. 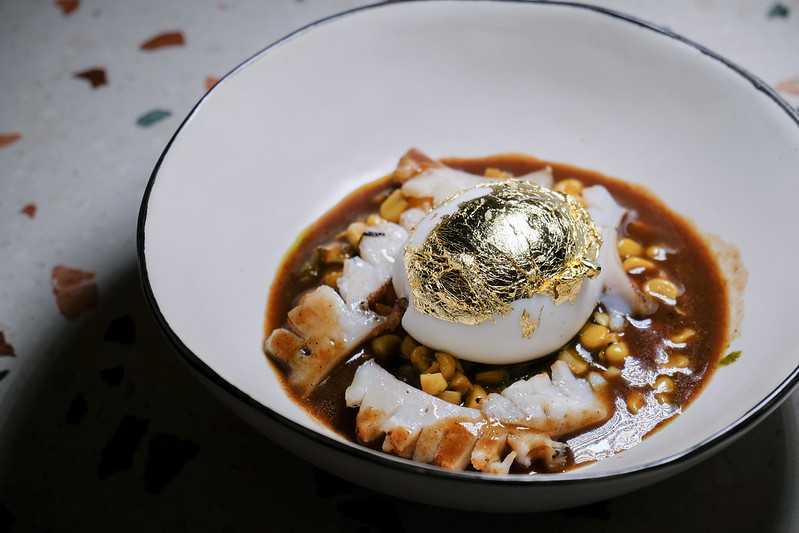 Prior to my visit, I have seen a number of diners showcasing a particularly instagrmmable dish in social media. I finally found out what it was – the Perfect Egg – made perfect indeed with an exterior coated in gold foil and surrounded by razor clams. The egg’s core was pleasantly runny and oozed out with the gentle strike of a knife. It was quite an experience to devour the liquid yolk along with the pepper sauce and salsa verde that came with this dish. It was like experiencing two different cuisines in one mouthful – the local peppery taste on one hand and Latin-tinged salsa on the other. 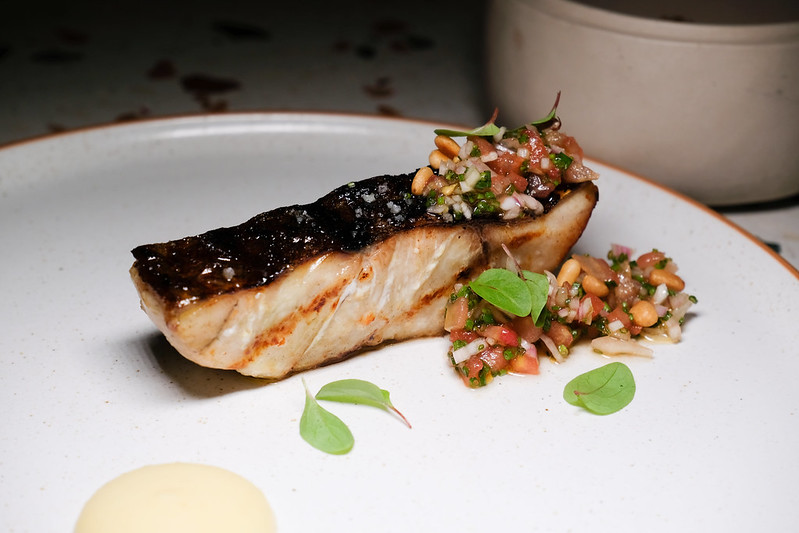 While Chef Remy’s concept at Casa Restaurant obviously does not strictly follow one particular cuisine, one thing that’s evident is the preponderance of seafood in just about every dish. That being said, it was only in the next course, the Rock Bass, that I managed to check out how they do their grills – probably one of the most fundamental ways one can prepare fresh seafood. The fish was actually aged for about a week prior to grilling and tasted quite sweet. The plate came with some lemon puree on the side to add a bit of a citrus-y flavor as well as rice from Kampot, Cambodia. 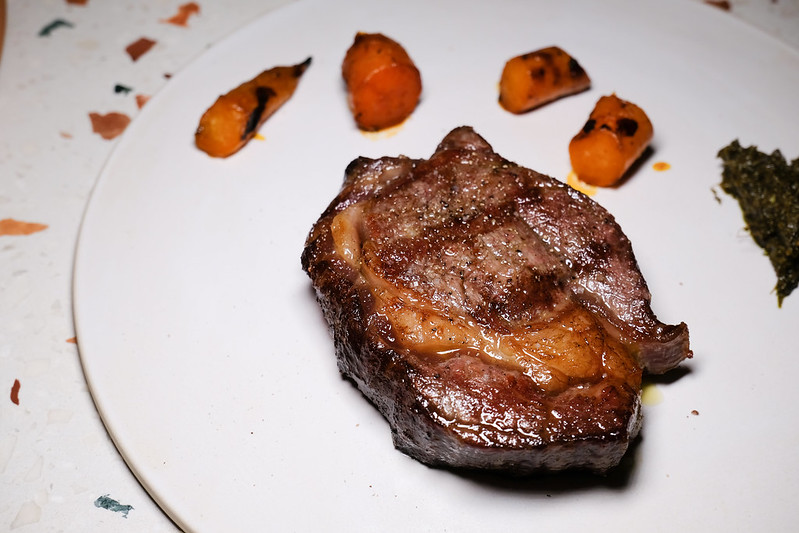 If you could only choose one main however, I would recommend the Wagyu Dry Aged (+S$39 supplement). I had mine medium-rare and it came delectably tender. Casa Restaurant sources their wagyu from farmers in Tasmania and Victoria in Australia. Notably, the condiment used here, the “Cafe de Paris,” substitutes butter with beef fat – again another dairy-free substitute to appeal to a wider scope of dietary requirements. 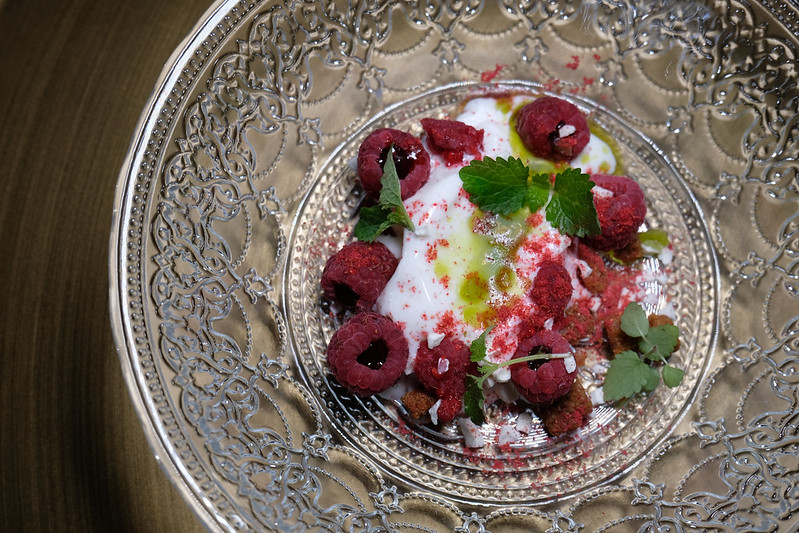 For dessert, we moved back to the living room of Casa Restaurant to have our sweets. I particularly enjoyed the Raspberry. I love raspberries in general and the bowl came with delightful burrata sorbet and crumble Breton to add some complexity – and sweetness – to the fruit. 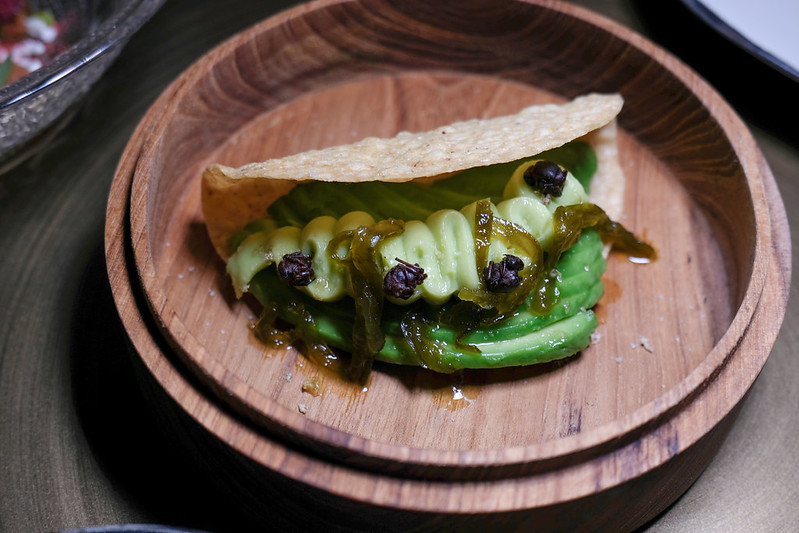 The Avocado seems to pay homage to Chef Remy’s as well as the venue’s past as El Mero Mero.  The most nutritious fruit came blended with white chocolate and wrapped inside a crispy tostada. Of note are the chicatanas – plump ants that are included in this dessert.

With an alfresco restaurant right in front of it, Casa might be a bit difficult to find for the uninitiated within the complex that is Chijmes. Those who come are ultimately rewarded with a fresh perspective into the possibilities coming from the Mediterranean’s bounties. The name of the restaurant might mean “home” and the ambiance does feels like that but at the same time, Casa offers a heightened experience that one could never have at one’s own abode.